Easy to transport is the new highlight of Bruttus 12000 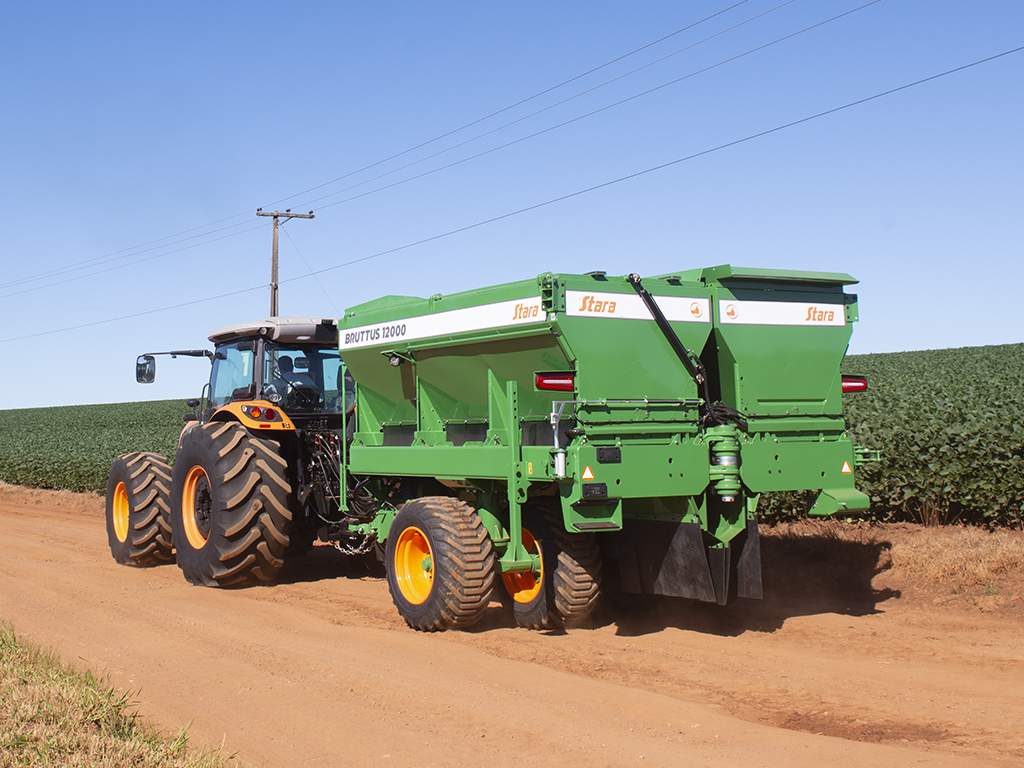 One of the challenges the farmers have to face is when it comes to transporting agricultural equipment. As Stara has always been having in mind the operations in the crop field, the company has developed more and more machines to make their transport easier. Such as the new spreader by gravity Bruttus 12000, the only transportable spreader of its lineup. Besides being robust, it is practical and simple.

Since the chassis is articulated, it reduces the spreader width to 3.18 metres for transport, as a result, it is easier to transport the implement on narrow roadways, gates, and bridges. This practicality in transport optimizes time, providing better use of the implement, which will always be ready for operations.

Another remarkable feature is the fact that it is easy to transport onto lorries, which optimises the transport on roadways. To transport Bruttus 12000, it is not necessary to disassemble the spreader or uncouple it from the tractor either. Another advantage is that the operator can do this work alone, speeding up the implement travelling and keeping both the operator and travelling safe.

Bruttus 12000 spreader by gravity, easy transport you were looking for.