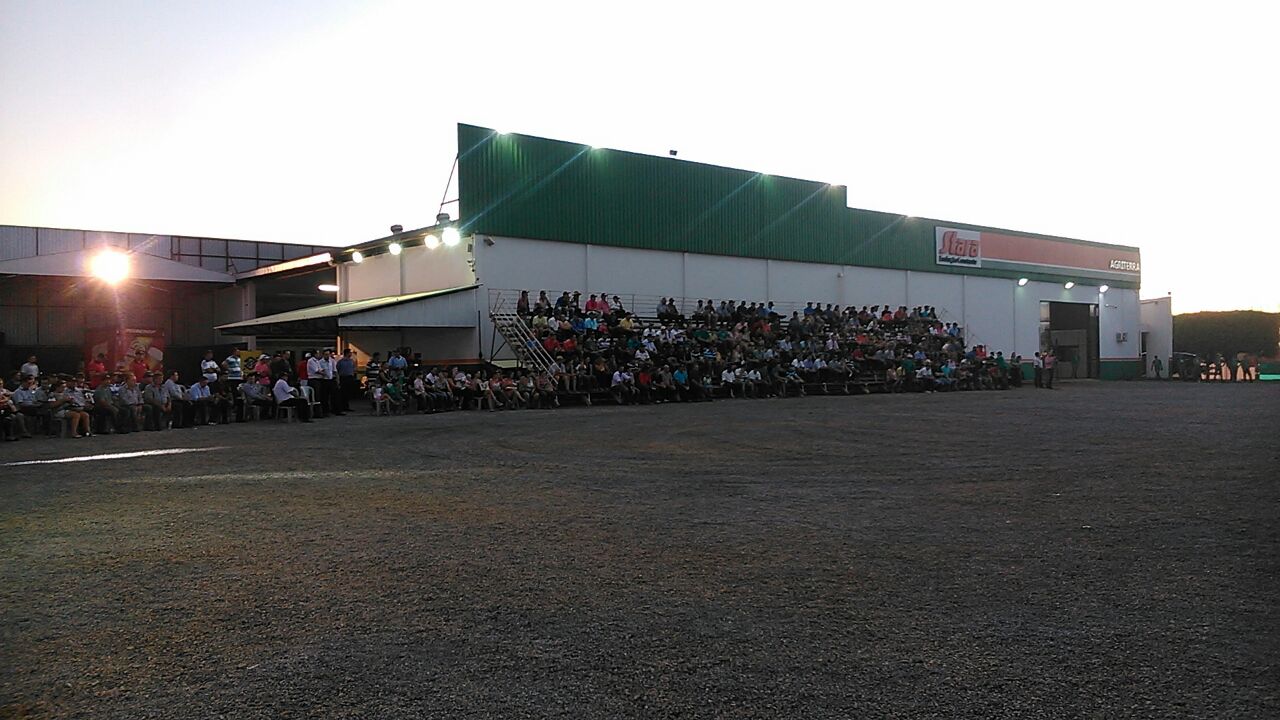 The dealershio Agriterra held a great event for presentation of the 2016 machines line, and gathered more than 1,200 people.

The guests, from all over the region, followed a parade with the line of Stara’s agricultural machinery. The highlight was the presentation 2016 releases: the corn header Brava +, the planter Princesa and the self-propelled sprayer and distributor Imperador 3.0.

The CEO of Stara, Gilson Trennepohl, was present in the event and spoke about the company’s operations and its releases. Everybody watched a show of three traditionalist groups of musicians.

The guests had dinner together at the dealership store. More than 450 kilos of barbecue was served, in a typical dish called ‘costelão’, that is an entire beef rib baked in huge grills.