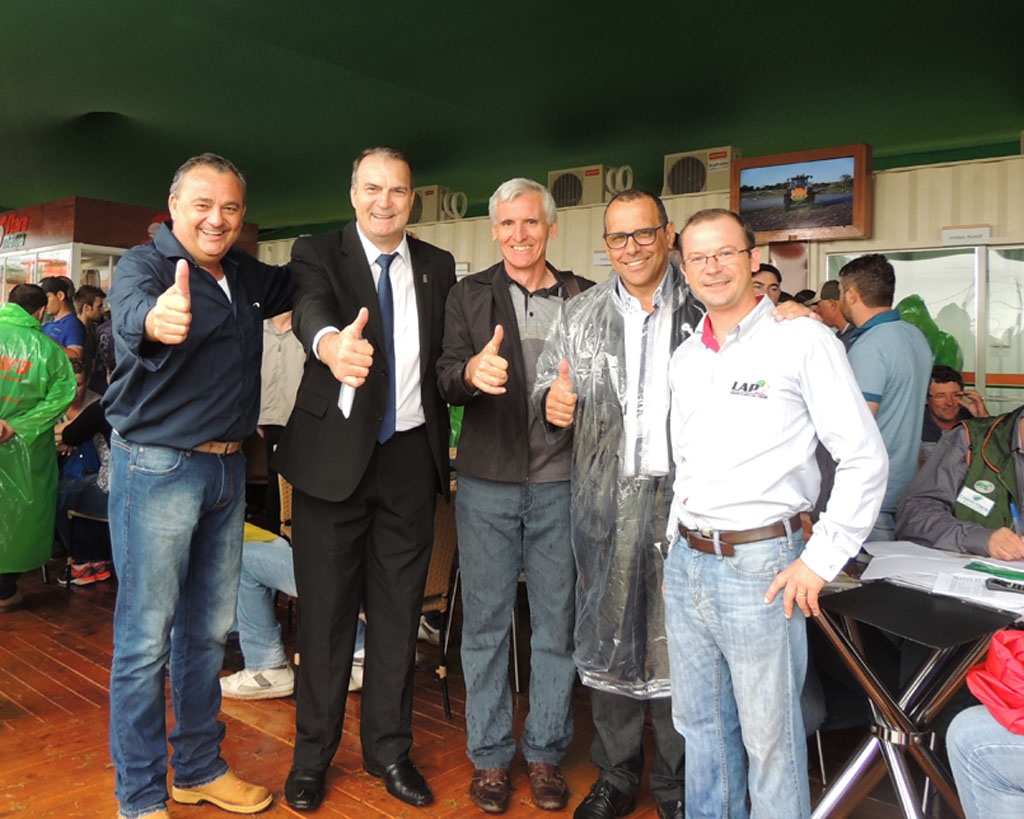 During the exhibition Expodireto, Stara received in his stand the visit of the delegation of the Santa Maria’s university (Universidade Federal de Santa Maria – UFSM), a partner in several projects, such as the Aquarius project. The UFSM’s rector, Paulo Burmann, was received by the CEO of Stara, Gilson Trennepohl, last Wednesday morning. During the visit, the company and the university reiterated the partnership in the search for development and expansion of new technologies, especially in the precision agriculture area, as the Aquarius Project.