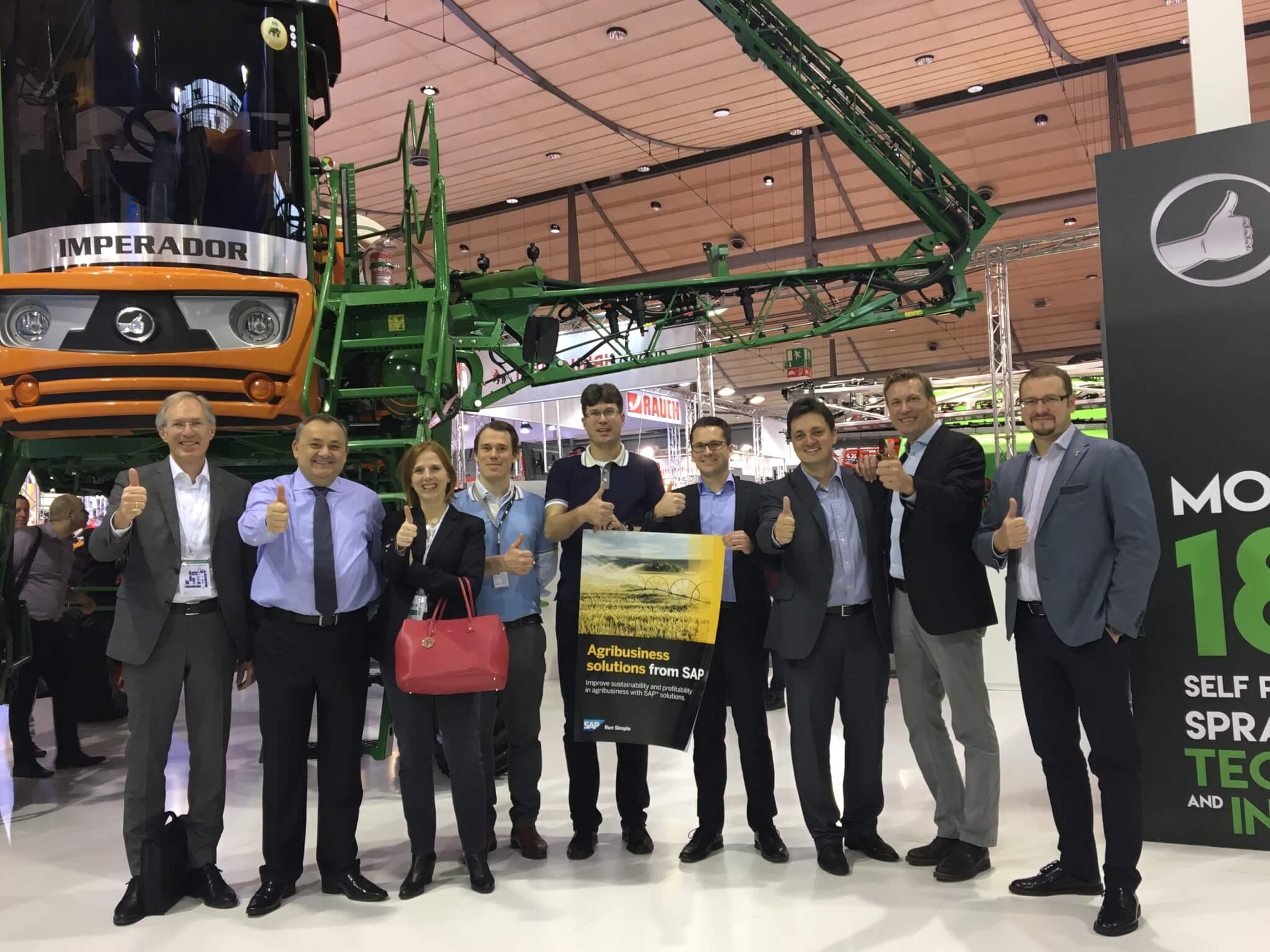 On November 15th, Stara welcomed a delegation of SAP, a German company that is a worldwide leader in the systems development market, at its stand in Agritechnica.

During Agritechnica, the largest agricultural machinery fair in the world, Stara shows its machines and technologies. In addition, another project shown is the technological co-innovation project developed in a partnership with SAP and focused in Precision Agriculture, which, by using the IoT (Internet of Things) technology, it is possible to interconnect the information from the agricultural machinery, through Stara Telemetry, to the management systems of farms in real time.

The fair goes up to November 18th in Hanover, Germany.