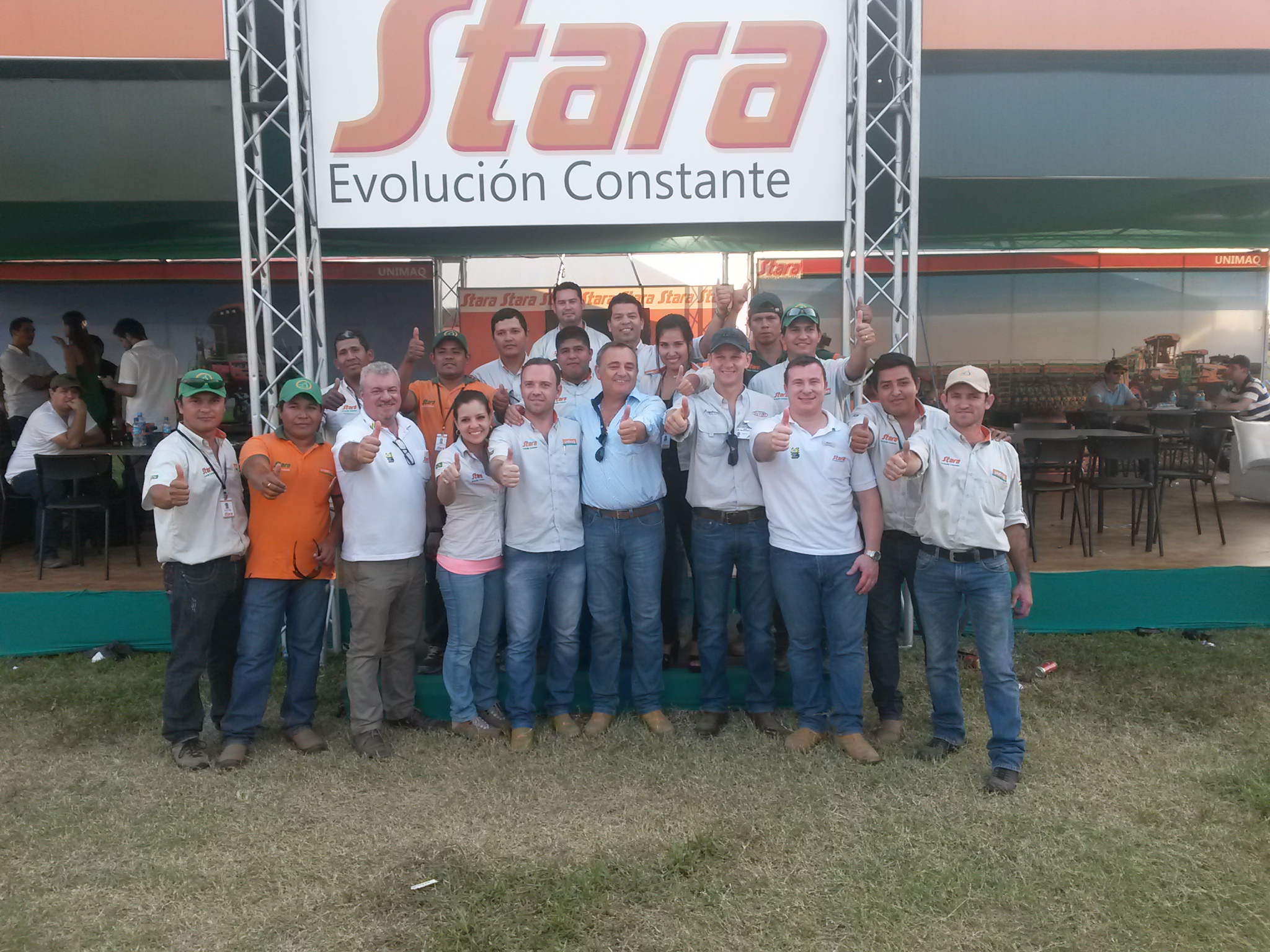 Stara participates on the Expo Vidas 2015

On October 23rd and 24th Stara and the dealership Unimaq, attended the Expo Vidas 2015 in the city of Monteiro, north of Santa Cruz de La Sierra, Bolivia. In its stand, Stara presented its product line, highlighted by the launch of the tractor ST MAX 180, also presented in a test area. The CEO of Stara, Gilson Trennepohl, and the export manager, Hermes Silva, participated in the fair which brought together a huge public.