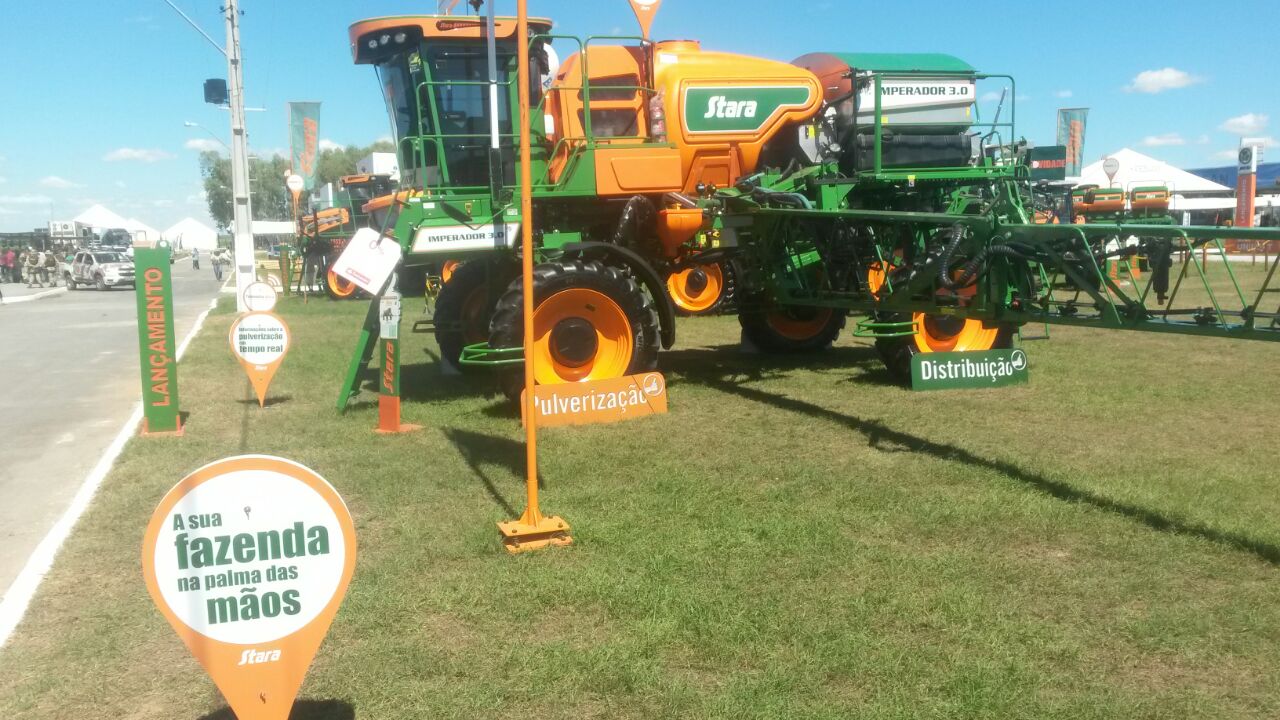 It began on May 24 another edition of the Bahia Farm Show, a fair of agricultural technology and business, in Luís Eduardo Magalhães, Bahia.

In the fair, Stara show its complete line of agricultural machinery, with technology 100% Brazilian, featuring the new releases of its 2016 line: the corn header Brava +, Hércules 6.0, the largest self-propelled spreader produced in Brazil, the planter Princesa and the Imperador 3.0, the unique self-propelled for spreading and spraying in a single machine.

The fair follows until May 28.