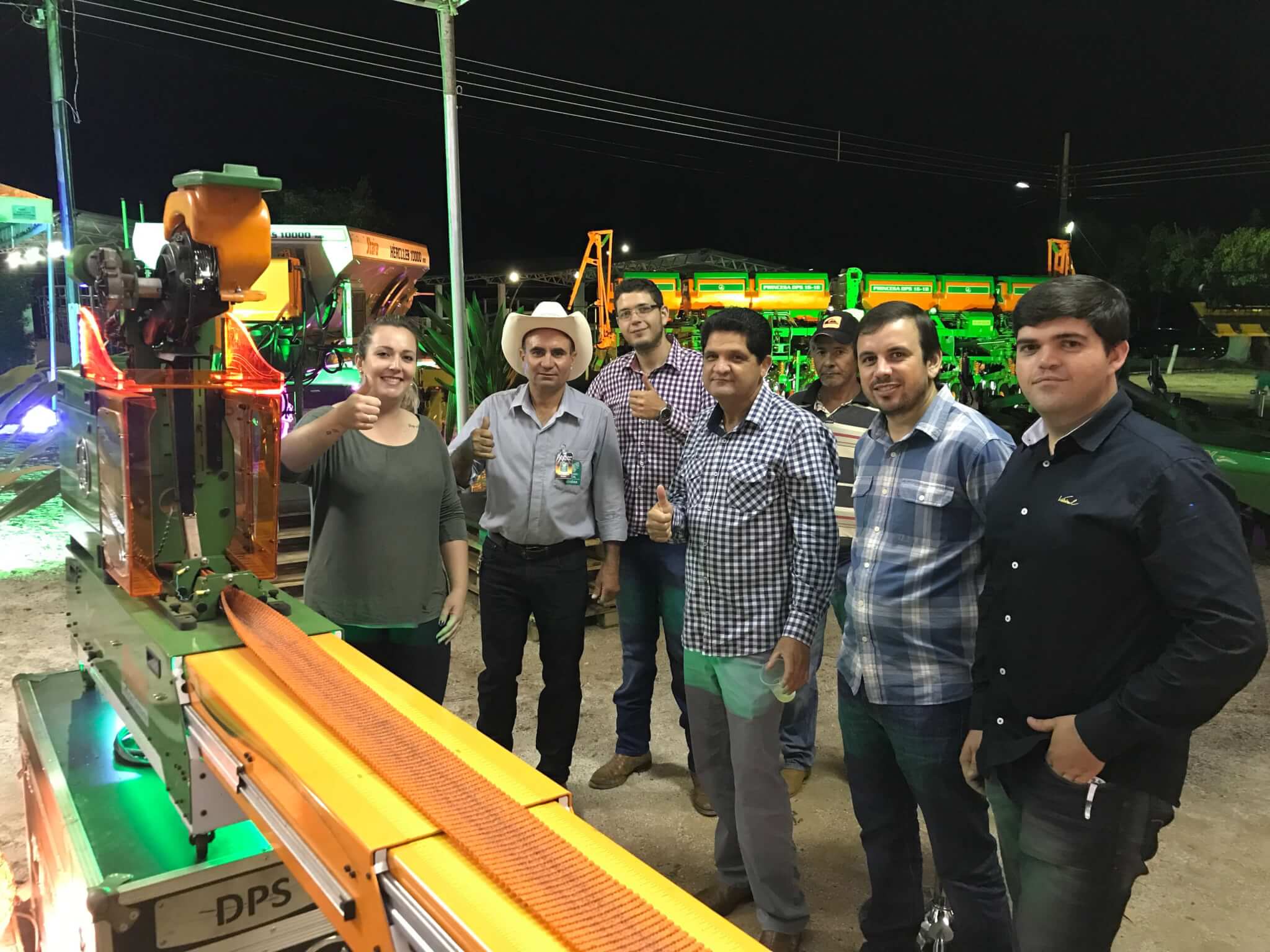 From May 27th to June 4th, Stara, through its dealership Ritmo, participated of the 21st Expoagro Joviânia, farming fair that happens in the city of Joviânia, Goiás. The dealership presented the line of agricultural machinery of Stara to the visitors, featuring the planting simulator that demonstrates how the Stara planting machines work.
On the second day, dealership Ritmo provided an afternoon of beauties to the women followed by a coffee break. Also was performed a barbecue with the participation of the clients and their families to approximate the dealership to the farmers from the area.