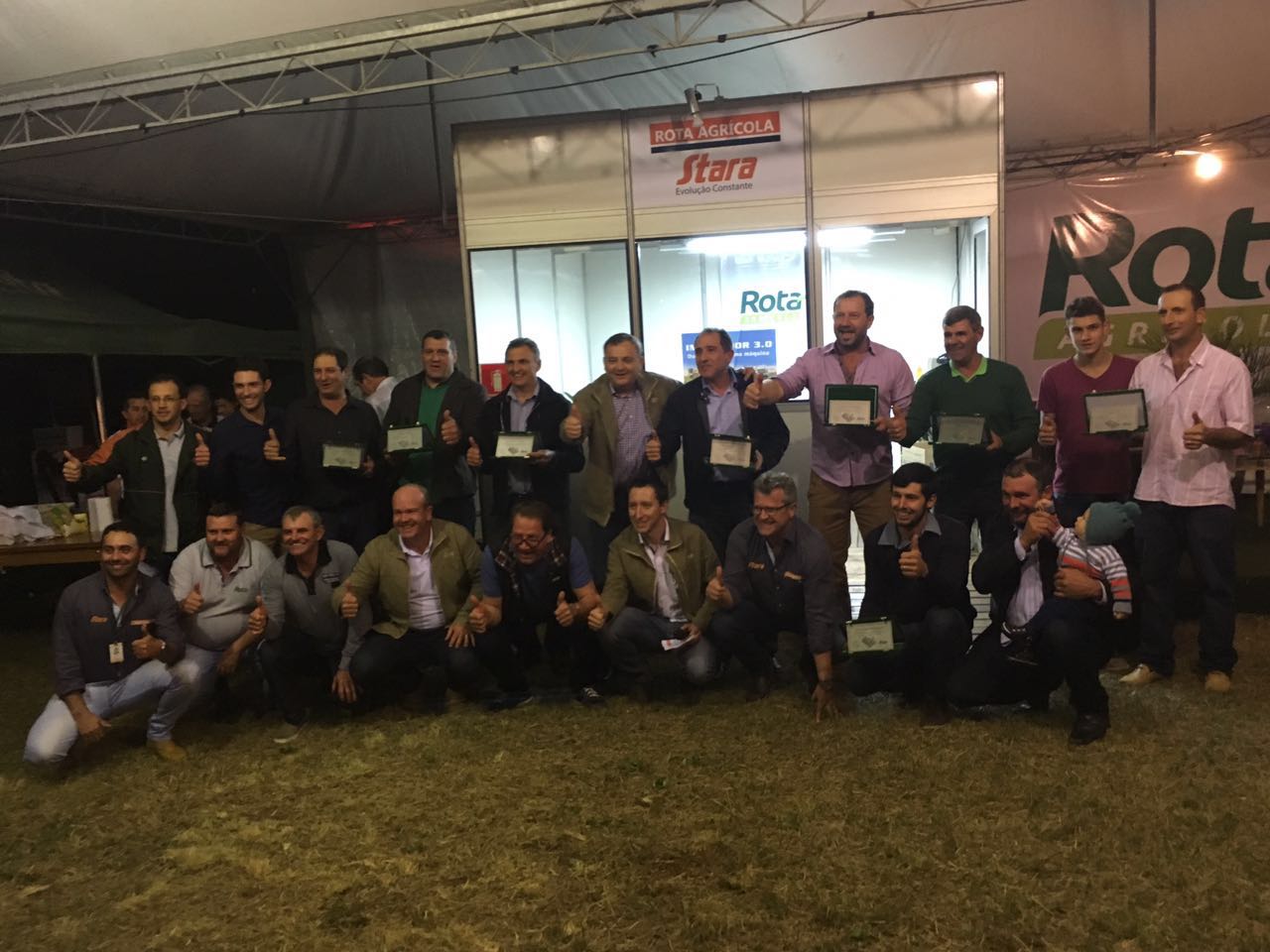 Stara participated of the ExpoTapejara 2016

Between the days of August 5 to 9, Stara, along with dealership Rota Agrícola, participated of the ExpoTapejara 2016. During the fair, the dealership received its friends and clients and performed a celebration to honor the farmers of the area, pioneers in the acquisition of the Princesa, release from Stara in 2016. The director-president from Stara, Gilson Trennepohl, participated of the celebration where the acknowledgment plates were delivered to the farmers Ivo and Ivar Guadagnin, Edson de Aguiar, Luís Antônio Bragagnolo, Paulo Pomatti, Claudiomiro Danieli, Roni Panisson, Irmãos Canali and Irmãos Três.