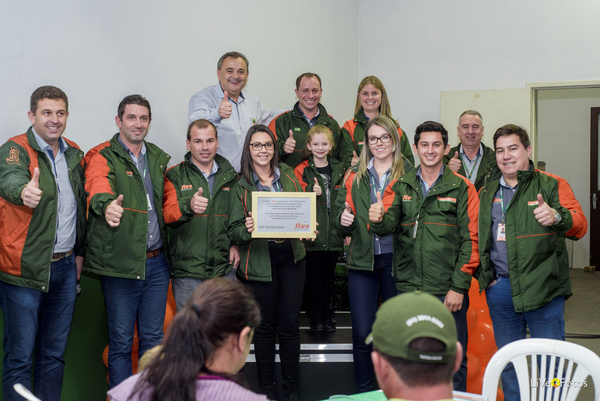 On June 2nd, the area of Santa Maria, Rio Grande do Sul, start attending with a new Stara reseller, the Top Máquinas. During the inauguration event the reseller received around 140 farmers that were welcomed by the directors and employees of the reseller and by the director-president form Stara, Gilson Trennepohl.
To celebrate the inauguration, a barbecue was served to the guests.