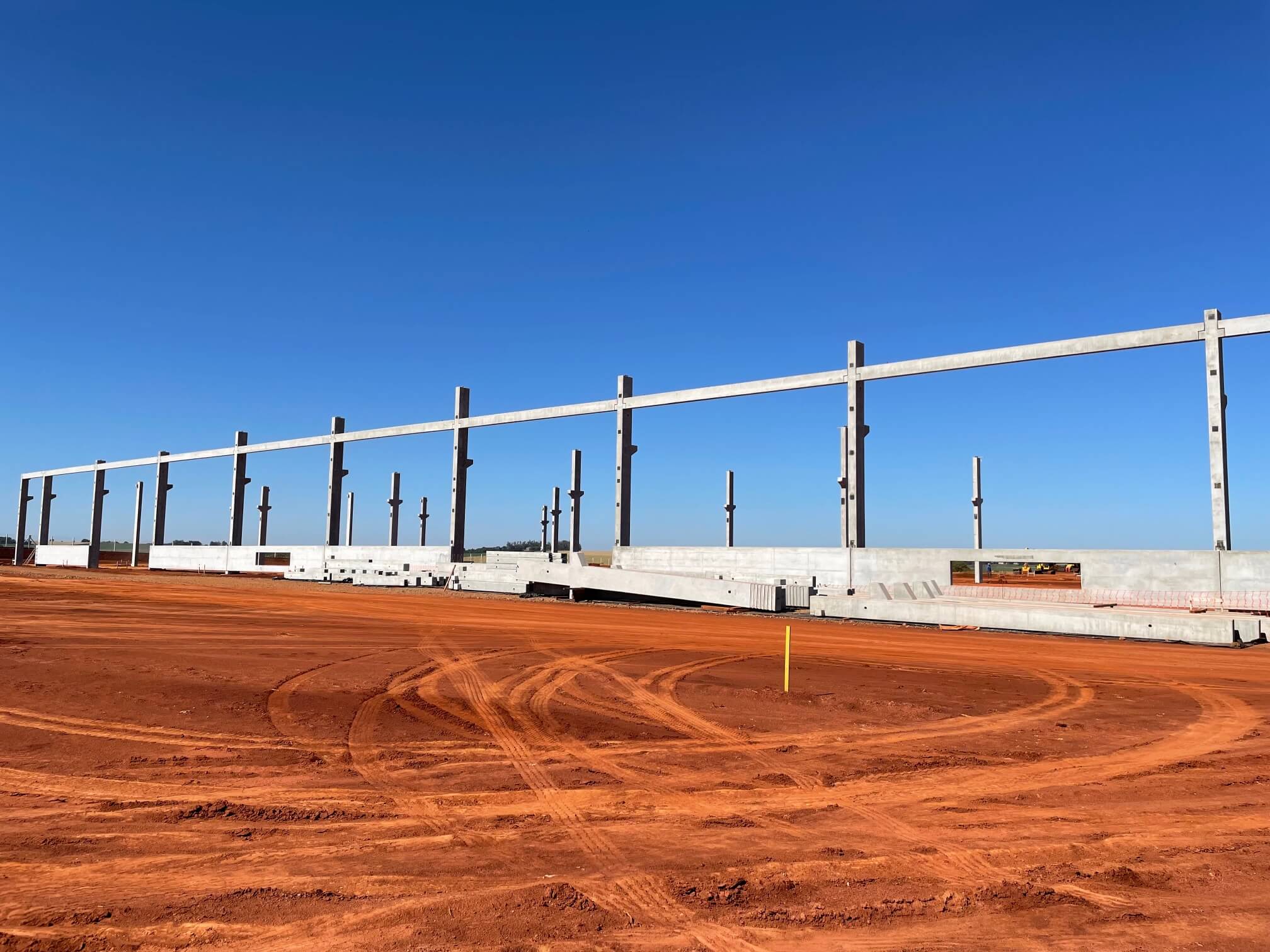 In 2021, Stara started the expansion process of its unit in Santa Rosa. A large project that aims to increase the manufacturing capacity and create thousands of jobs in the region.

The new Stara unit will be independent and will have all the manufacturing processes, such as cutting, bending, welding, machining, painting, and shipping. Currently, the building process is in the precast phase, the foundations have been completed and now the concrete slabs and beams are being installed to support the roof structures.

The next step is to assemble the roof metallic structures, which will support the tiles. The progress of the construction has left the director of the branch in the city, Fábio Silva, optimistic.

“The construction is going very well, on schedule. The way it is going, we are very optimistic that we will be able to accomplish the stages within the deadlines, as planned,” he says.

The project is scheduled to be finished in September 2022. The Santa Rosa unit will increase from 260 employees to 400. The new factory will be 23,500 m², including the administrative, industrial, and R&D (Research and Development) areas.

With an estimated investment of R$ 120 million, the branch will produce, annually, 4 thousand units of the soil moving and preparation, gravity distribution, and logistics lines.