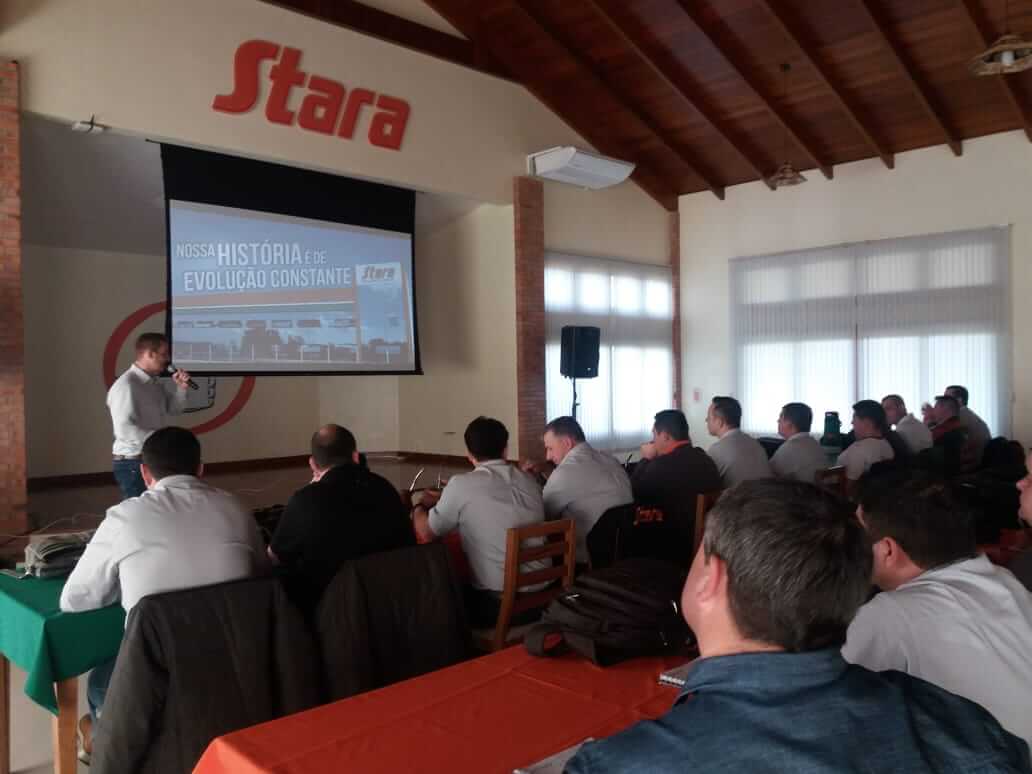 On the week from July 2nd to 6th, Stara gathered all of its sales representatives of Brazil and of export to the second edition of the Sales Meeting in 2018. During the week, Stara analyzed the results of the first semester, performed training sessions and planned the remainder of the commercial year.

The Sales Meeting began with the presentation of the evolution trajectory of the company since its foundation in 1960, commanded by Stara CEO, Gilson Trennepohl, and vice-president, Átila Stapelbroek Trennepohl, with the participation of directors Lucas Arend, Fabio Bocasanta, Cristiano Buss, Ricardo Diaz, Márcio Fülber and Cícero Ferreira.

In the remainder of the week, training sessions of products were held, such as the line of seeders Guapa, released in the end of June, training of processes, demonstration of several sectors of the company, scenario analysis and planning of the next semester.

Every year, Stara gathers all of its sales staff in two moments. Today, Stara acts all over Brazil and exports to 35 countries.