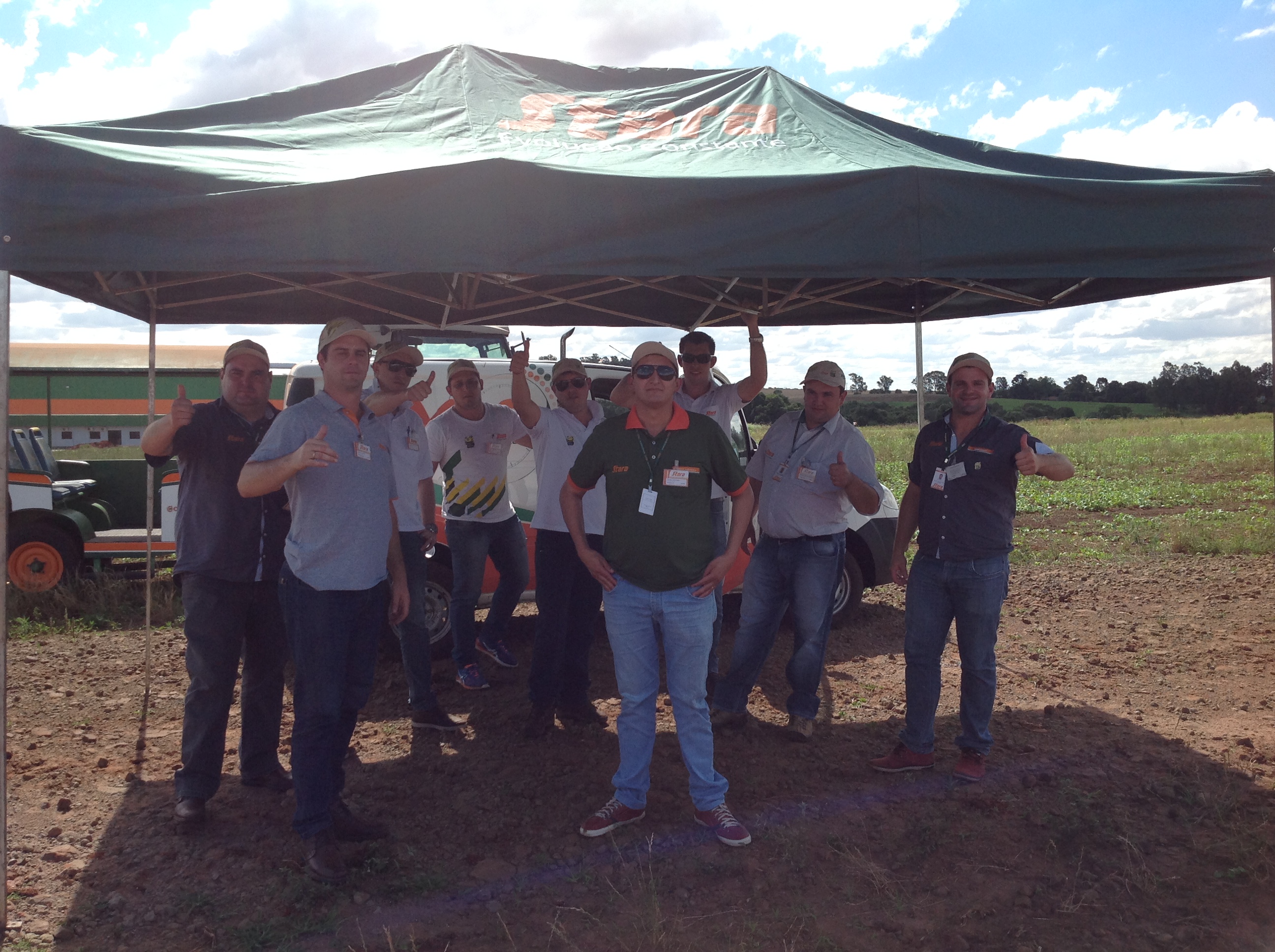 Started on November 9th the classes for the third module of the Commercial Training Stara. The first group to participate in the Argumentação de Vendas Stara (AAS) [Sales Argumentation Stara] is composed by dealership vendors of the state of Rio Grande do Sul and dealers who have already completed the first two modules Jeito Stara de Vender e Alta Performance em Vendas [Stara Way of Selling and High Performance in Sales].

In this module, sellers receive classroom training about the line of Stara products, its technologies and differential, assisting in the work done by them in dealerships.

First group in classroom training, the AAS-Argumentação Avançada Stara [Stara Advanced Argumentation], is the third module of the Stara training. For participating of the training the salespeople passed through the first and second module. The first module, Jeito Stara de Vender [Stara Manner for selling] the audience knew the History and the working philosophy of Stara. In the second module vendors realized the APV-Alta Performance em Vendas [High Performance Sales], and they could improve their sales techniques. Now, in the third and final module, the AAS-Argumentação Avançada Stara [Stara Advanced Argumentation] the sellers will know all the products line sales arguments.