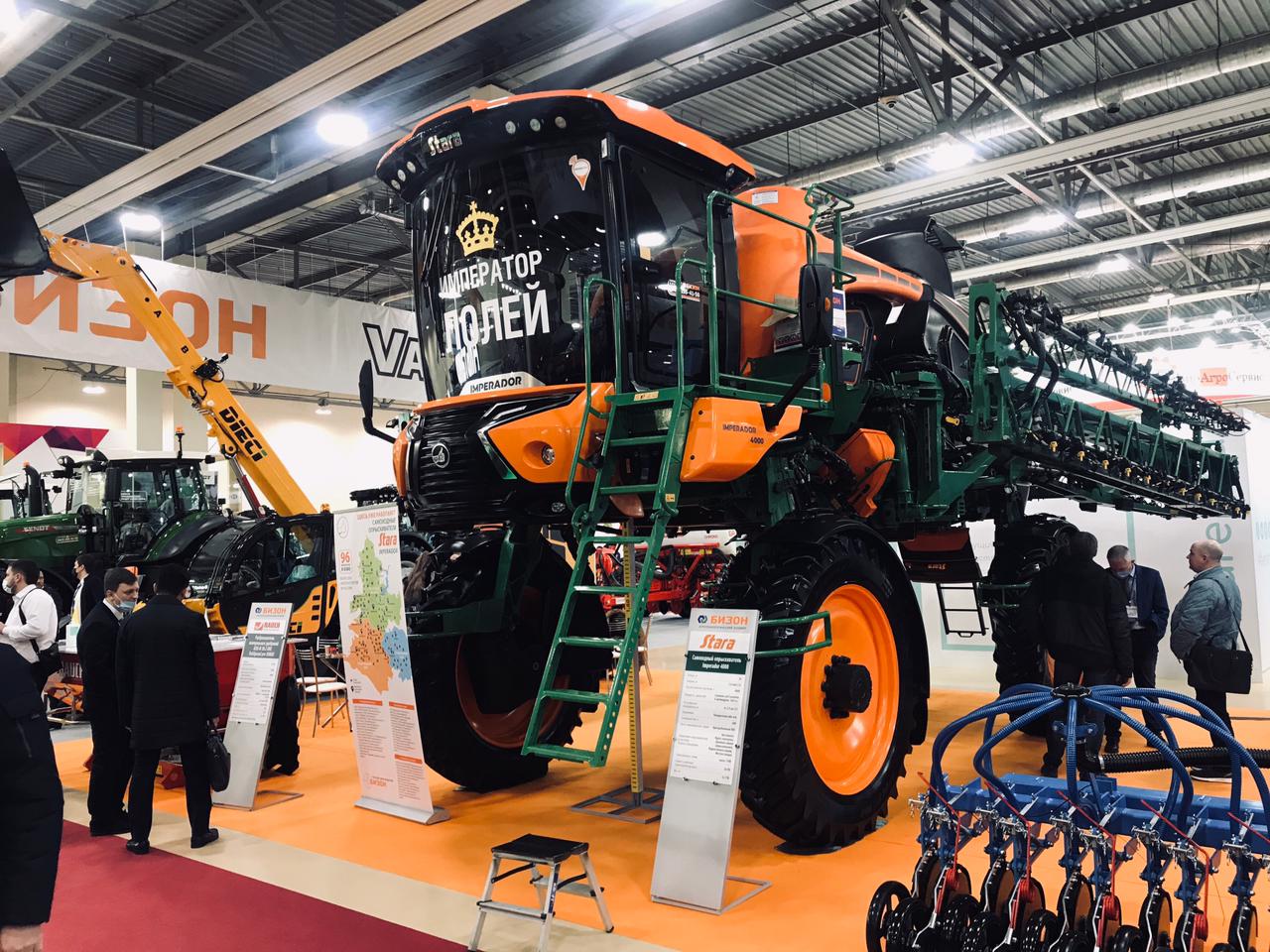 From 24 and 26 February, the agricultural show Interagromash took place in Rostov-On-Don, in Russia. Stara was represented by the reseller Bison-Trade LLC.

During the show, which sticks to presenting new agricultural technologies, over 180 farming machines from the whole world were presented. More than ten thousand people attended the show.

Stara’s highlight in the show was the self-propelled sprayer Imperador 4000. Vladimir Adas, the Stara representative in Russia, points out that the machine features called the visitors attention, especially the Up & Down – Hydraulic Lift System, that allows for greater application height. “They were surprised by the application height for fungicides in corn crops and sunflower dissection from Imperador 4000