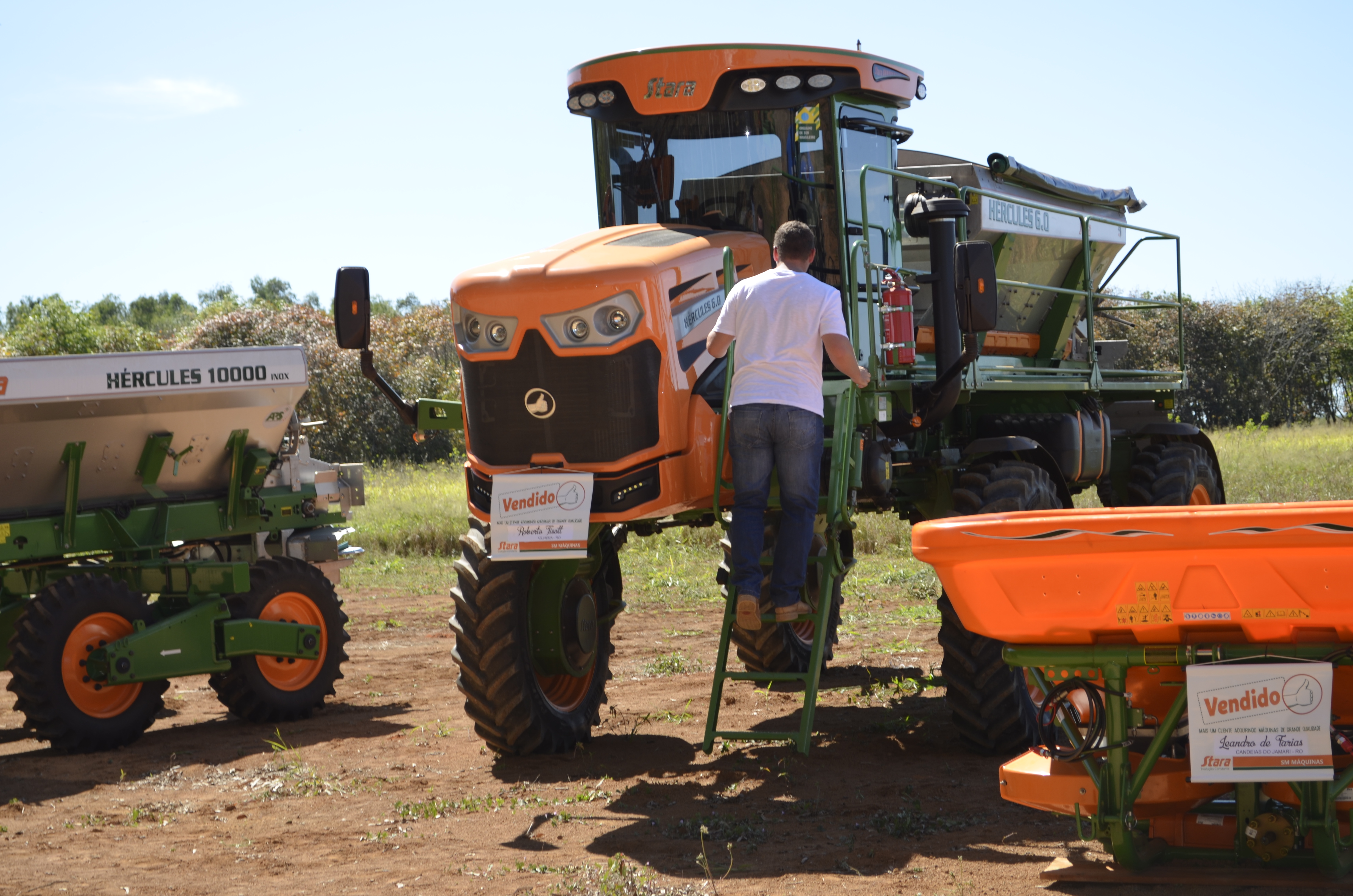 The reseller SM Máquinas made the re –inauguration of its store in Vilhena, Rondônia, on June 30, with the participation of farmers from the area. At the opportunity, it was also performed another edition of the “Fantastic Day”, where the releases of the 2016 line from Stara were presented, featuring the self-propelled Imperador 3.0, machine capable to perform both functions of spraying and spreading.