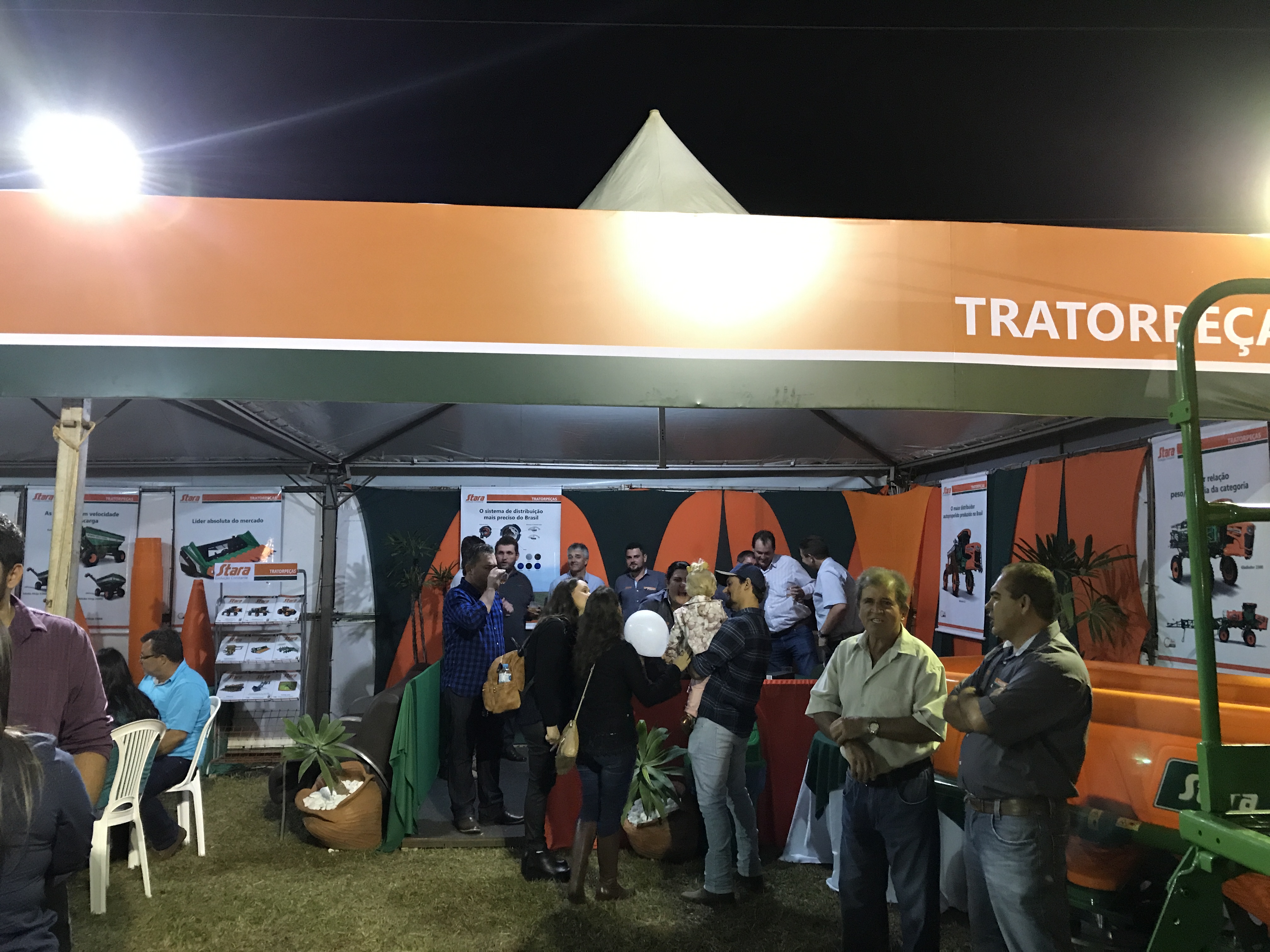 From May 11 to 14, dealership Tratorpeças represented Stara at Expobira 2017, fair that happens in Ubiratã, Paraná.
During the fair, Tratorpeças shown the line of agricultural machinery from Stara, featuring the 2 new machines from the brand in 2017: the new Gladiador 2300 and the Reboke Ninja 40000. The director-president from Stara, Gilson Trennepohl, participated in the fair, receiving friends and clients along with the team of the dealership.