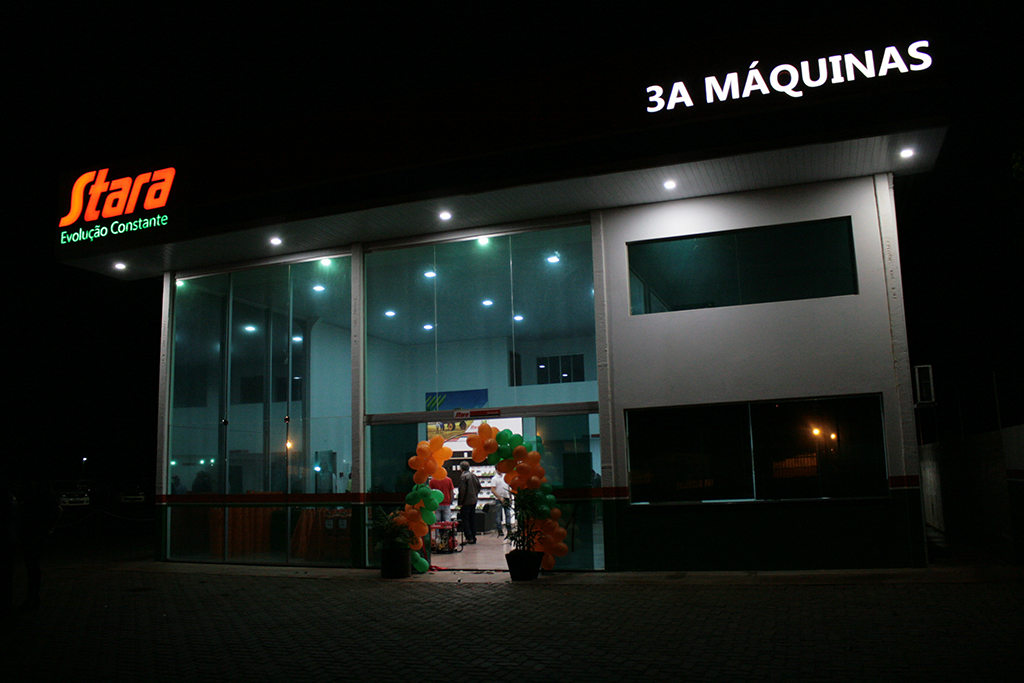 Dealership 3A Máquinas inaugurates branch in Sao Gabriel do Oeste

On September 11, the dealeship 3A Máquinas inaugurated its new branch in the city of São Gabriel do Oeste, state of Mato Grosso do Sul. On this occasion the leadership of 3A Máquinas and its employees, the commercial manager of Stara, Orlando Mandelli, authorities and producers in the region were present. The commercial manager of Stara, Orlando Mandelli, represented the direction of the company and in his speech, highlighted the important partnership that 3A Máquinas dealership has to Stara and commitment to its customers. The guests were welcomed at the headquarters of the dealership and attended a dinner.