Have you ever imagined a proposal made by means of a planter? 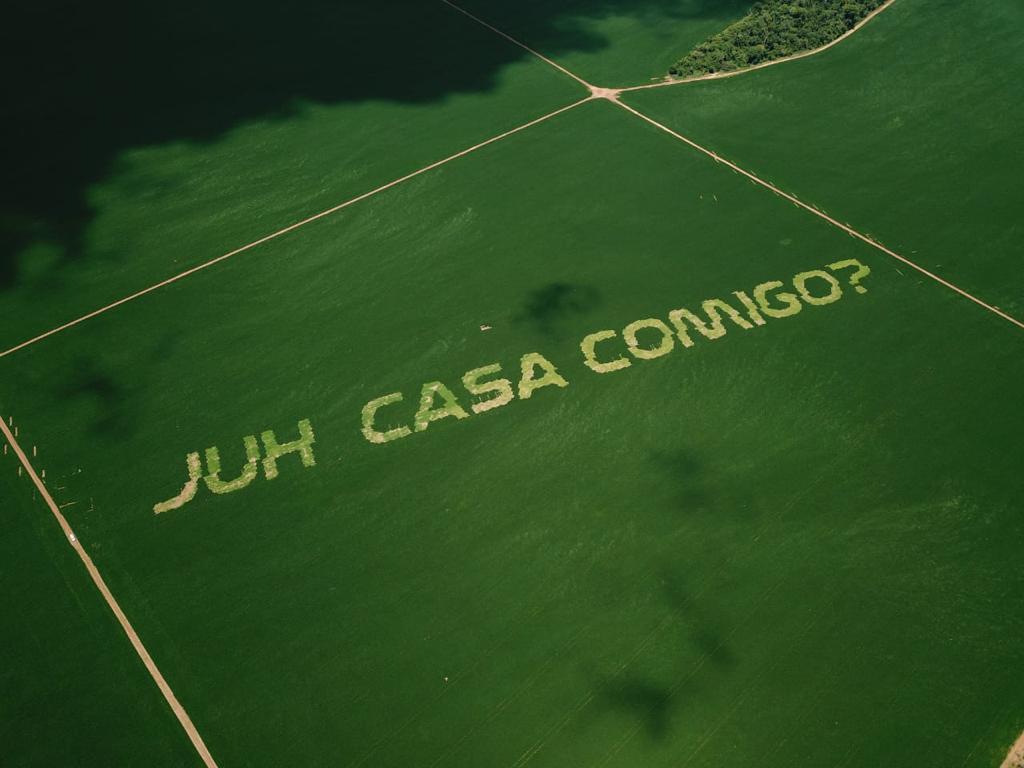 You probably have already seen proposals over dinner, during romantic getaway, even on a hot air balloon. And a writing proposal by a planter? This was the creative and unusual idea that the agronomist engineer, Flávio Bonato, had to propose to his girlfriend Juliana Garcia. It was possible thanks to Absoluta planter from Stara, equipped with the Row-by-Row Shut-Off System. The surprise took place on Iracema farm, in the city of Cláudia, state of Mato Grosso.

Flávio says that for some time he had planned to make the proposal by writing it in the crop field, but the work would be done manually at first. “Before learning Absoluta technologies, I wanted to use a brush cutter to write the proposal, or root out soybean plants, I don’t know, I was going to manage it;” When his family purchased the Absoluta planter, he learned about the Row-by-Row Shut-Off System.

“We already had the Reboke Ninja grain carts, Hércules 6.0, and in 2019, we bought Absoluta, which unlike our other planters that were equipped with section shutoff, features the Row-by-Row Shut-Off System and variable rate. After a while, we had bought Absoluta, I thought I could use it to make the proposal”, says Flávio.

Then, he talked to the company that provides agricultural advice for the farm: “They said they had never done something like this before, but they thought it was possible to do and that it would work out”, explains Flávio. When the planting season started, it all worked out: “We did the mapping, inserted it in the monitor, and it opened correctly in the area.”

“I could never imagine myself making such a proposal”.

Two months and one day after planting, on December 19, 2020, the big day has arrived. So that Juliana wouldn’t suspect anything, Flávio proposed to her on the day of his birthday party. And taking the opportunity of the photographer being at the party to take aerial pictures of the farm, the couple boarded the plane piloted by Juliana’s father. “I didn’t suspect anything, since it was Flávio’s birthday. We also had a trip scheduled in May and I thought he would propose to me there, so this possibility didn’t even cross my mind,” says the bride, Juliana.

“Never in my life, not even in my best dreams, I would have imagined that it would be such a proposal. I didn’t even know that it was possible. I was very touched,” says Juliana, who was so emotional that words wouldn’t come out.

As two months remained to the big day, Flávio was afraid that she would find out, someone would tell or publish some picture of the proposal in the crop field on social networks and consequently spoiling the surprise. She ended up not learning about the surprise, and the weather has played its part too.

The couple has known each other since their childhood, they were classmates in school. As the years went by, the friendship grew stronger and stronger and when they got into the college, they started seeing each other. The agronomist engineer and the architect have been dating for seven years. The wedding is scheduled to take place next year.

The Row-by-Row Shut-off System shuts down down automatically the planting row units the exact time Topper controller detects the area where it has already planted. Stara’s planting engineer, Daniel Durante, explains that in order to write the proposal in the crop field, a map of the area was drawn up and in the regions where the letters would be, the seed rate applied was zero: “Each time planting would take place in the lettered area, the Row-by-Row Shut-Off System shut down the seed placement”.

Available in the entire lineup from Stara planters, this technology saves seeds since it avoids overlap and eliminates the problem of overlapping plants, resulting in yield increase. 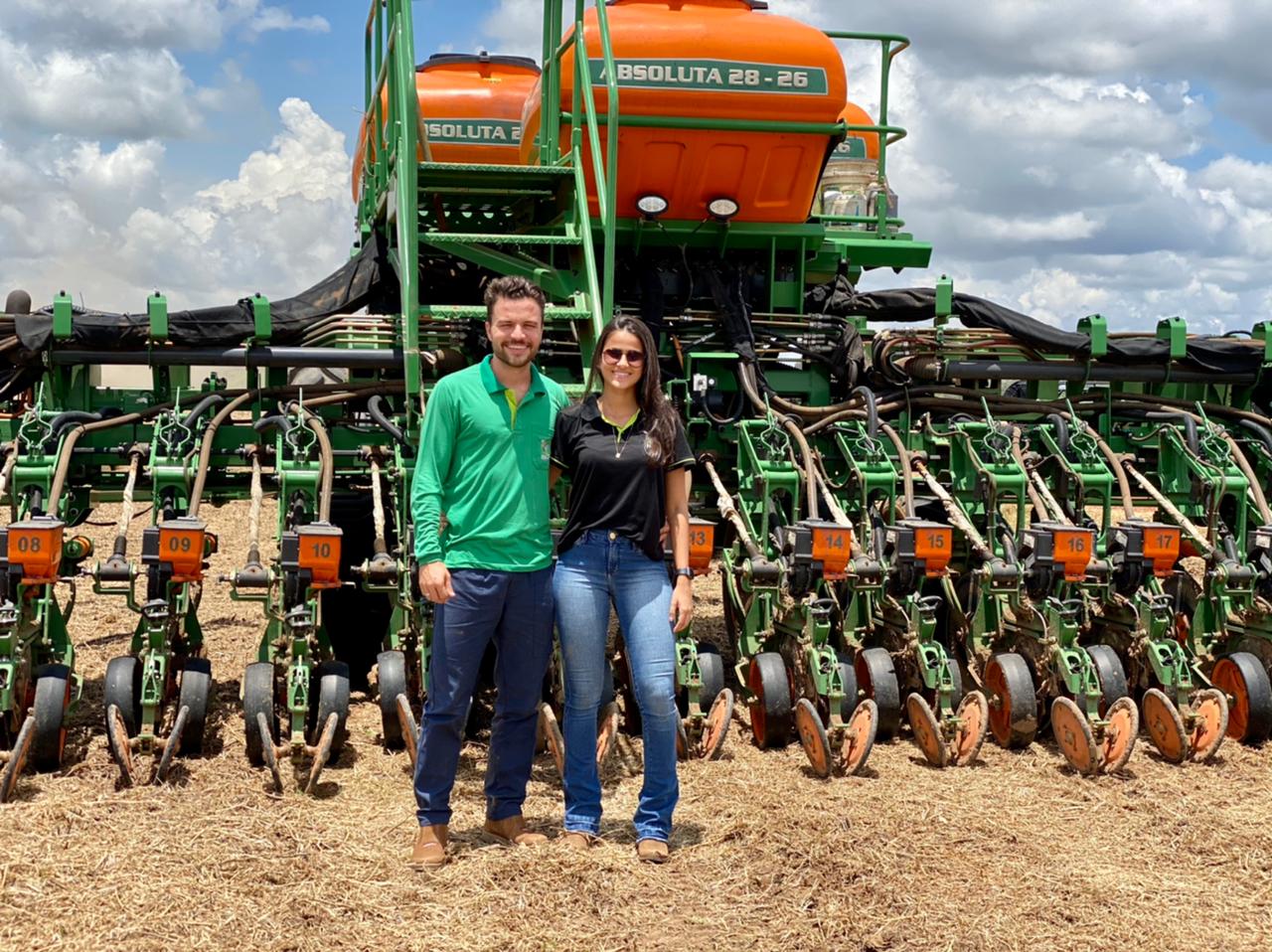 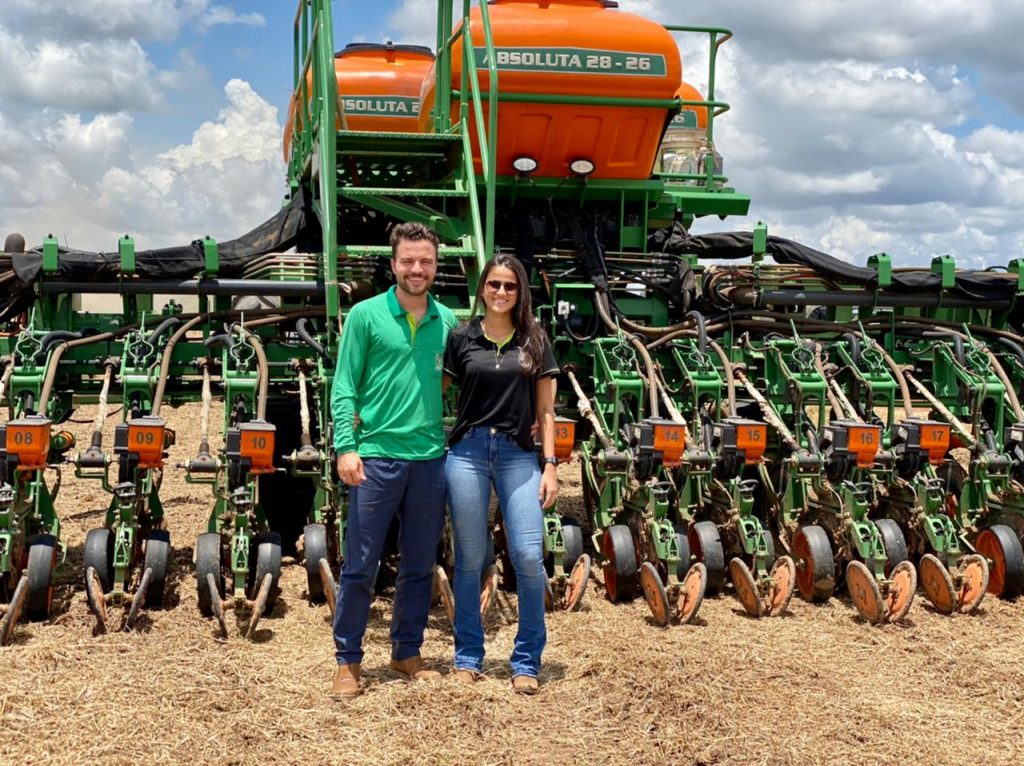