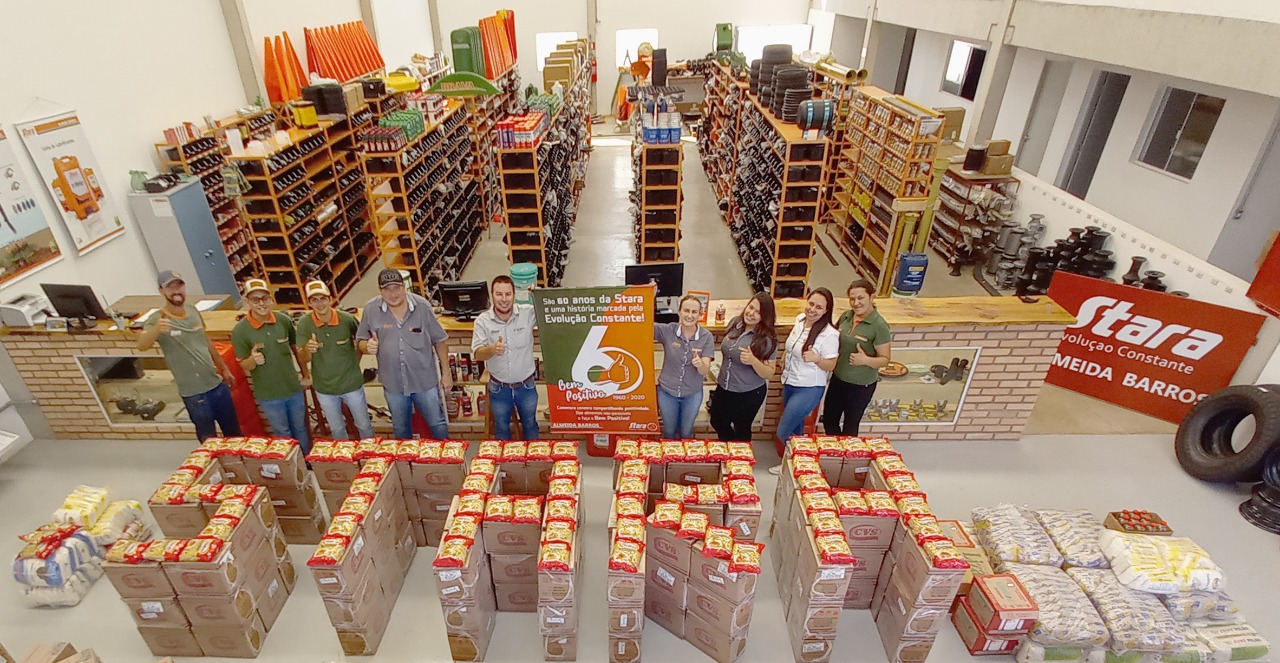 To celebrate the 60 years of Stara, the company conducted the Do Good campaign, engaging all dealers and resellers from several regions in Brazil. The aim of the campaign was to collect food to be donated to entities that are close to them.
During the live of the  anniversary celebration, on 19 August, Stara started the campaign by donating 60 tons of food, which were bought by the dealers and resellers from their cities to boost their economies. Together they collected over 60 tons of food during the campaign.

“We decided to celebrate the 60 years of Stara in a different way, by spreading positivism through the Do Good campaign. We are so glad and thankful to everyone that has embraced our idea and transformed The Do Good program into this great action”, says the CEO of Stara, Átila Stapelbroek Trennepohl.

The outcome was really positive, over 120 tons of food have been donated. Together with Stara, the dealers, resellers, customers, and friends we made the difference. The donations were delivered in September. Over 100 entities that assist thousands of people in Brazil, were benefited.