Students of the Santo Ângelo School, from Ponta Grossa, know about the Stara’s history 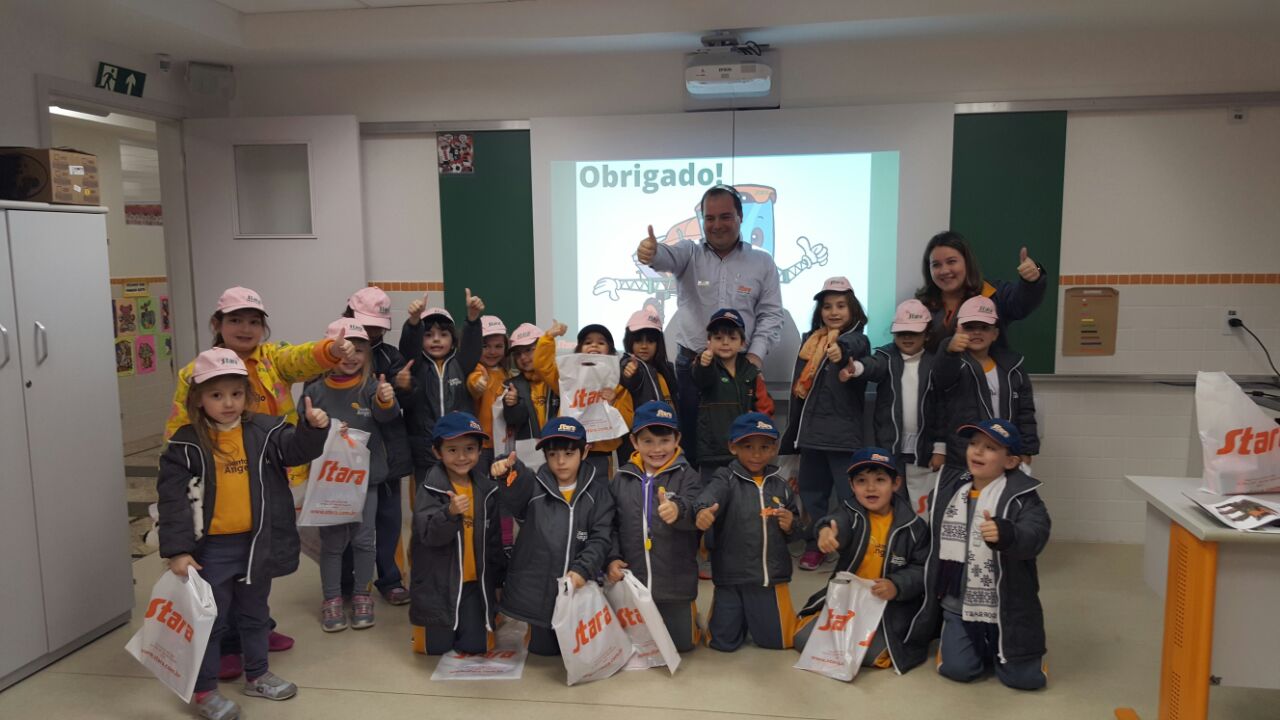 On May 23, students of child education of the Santo Ângelo School, from Ponta Grossa, in Paraná, could know more about the Stara’s history and its products. The commercial representative from Stara of the area, Guilherme Carvalho, was responsible by telling the company’s history since de depart of the founder from Nederland, the arrival in Brazil and the evolution of the agricultural machinery produced by Stara.

The children were stunned for the Evolution Gang, the Stara’s mascots, and with the videos of the machines working in the fields, featuring the tractor ST MAX 180 and the sprayer and spreader Imperador 3.0, unique in the world for having 2 functions in a single machine, equipment released in 2016.