Stara wins the Excellence Award 2017 given by SAP 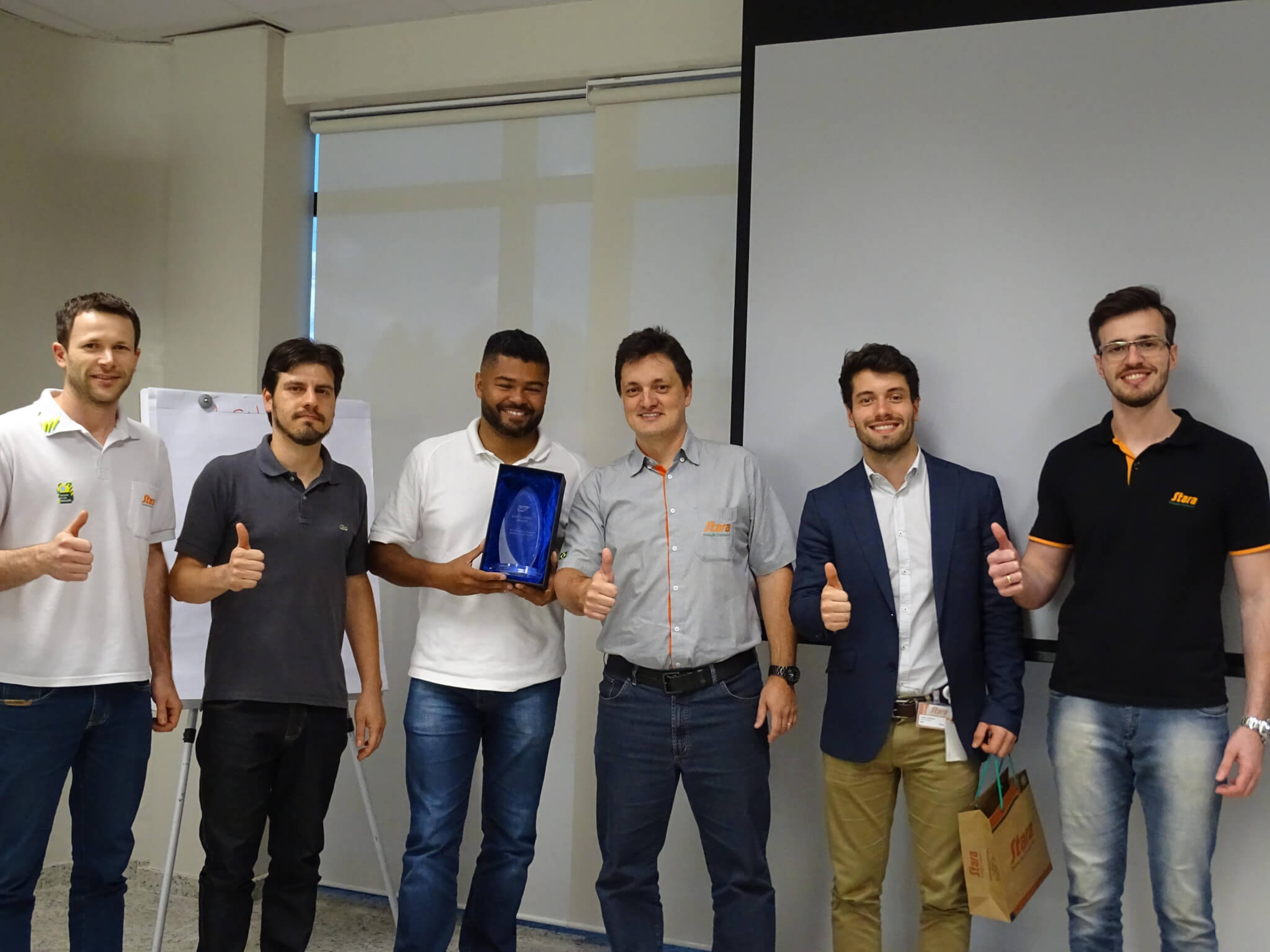 On December 1st, SAP announced the companies that won the trophy Excellence Award 2017, part of SAP Enterprise Support Advisory Council, a co-innovation program in the support services of SAP, an award given worldwide and that recognizes the companies that develop innovative tools, using the SAP technology and support platform.

In 2017, 12 companies from all around the world were recognized, and Stara is among them, being the only Brazilian company to receive the award, which develops technologies in partnership with SAP Labs Latin America, located in the city of São Leopoldo, Rio Grande do Sul. The award was given to Stara’s vice-president, Átila Stapelbroek Trennepohl, by SAP team that came to the company’s head office to announce the award, being represented by Mateus Möllmann, SAP Enterprise Support consultant.

The Excellence Award trophy recognizes companies that help at SAP programs, enabling improvements to its products through requests and feedback. “We are very happy to receive the Excellence Award trophy. We have received this award for the second year in a row, and this year we are the only Brazilian company among the awarded ones. There are more than 330 thousand SAP customers worldwide, and a committee of 800 people was responsible for evaluating and selecting the 12 winner companies. It is an excellence award that recognizes the best companies in three aspects: innovation, processes and services. Stara holds the co-innovation project with SAP and also had an important participation on the improvements of the Success Factors (core system for the BomStaraqui portal, for employees and dealers) and the Hybris (customer relationship management platform)”, claims Cristiano Buss, Stara’s Research and Development director.

SAP is one of the main companies in the world to develop ERPs, and Stara has been using its systems since 2015.