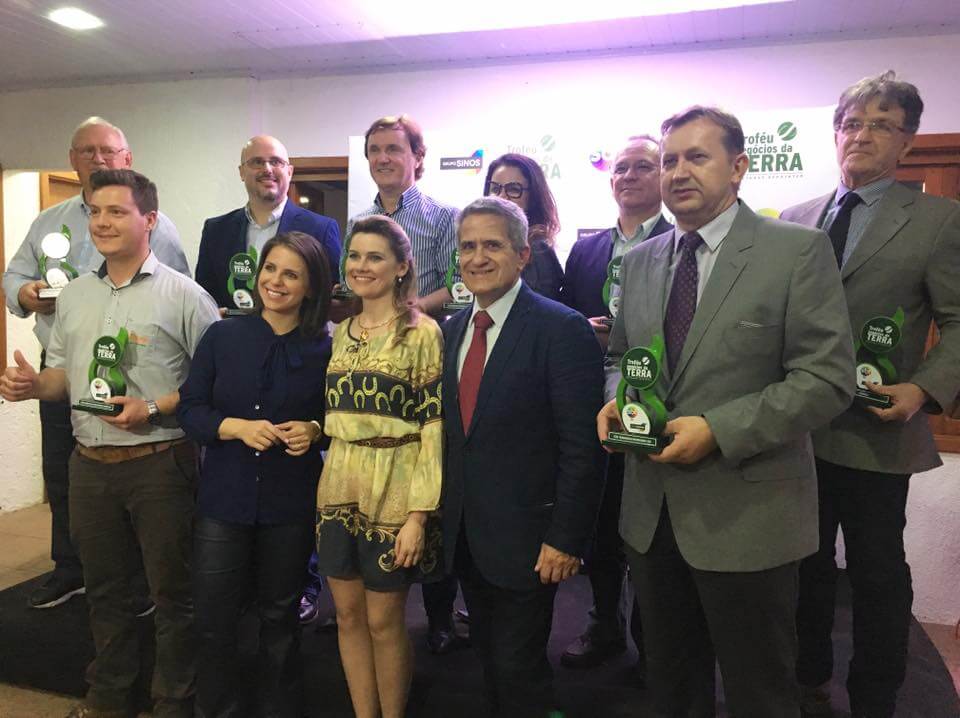 At the day of its anniversary, Stara got a present. The company was awarded the Trophy Negócios da Terra – Expointer Distinction, in the category agricultural machinery.
The award is given by SBT and Grupo Sinos and recognizes companies that stand out over the years of Expointer.
At the ceremony, held on August 29th, at Grupo Sinos house in Expointer park, Stara was represented by the Parts manager of the company, Gabriel Centenaro Borges.