“I leave home to do what I love doing”. 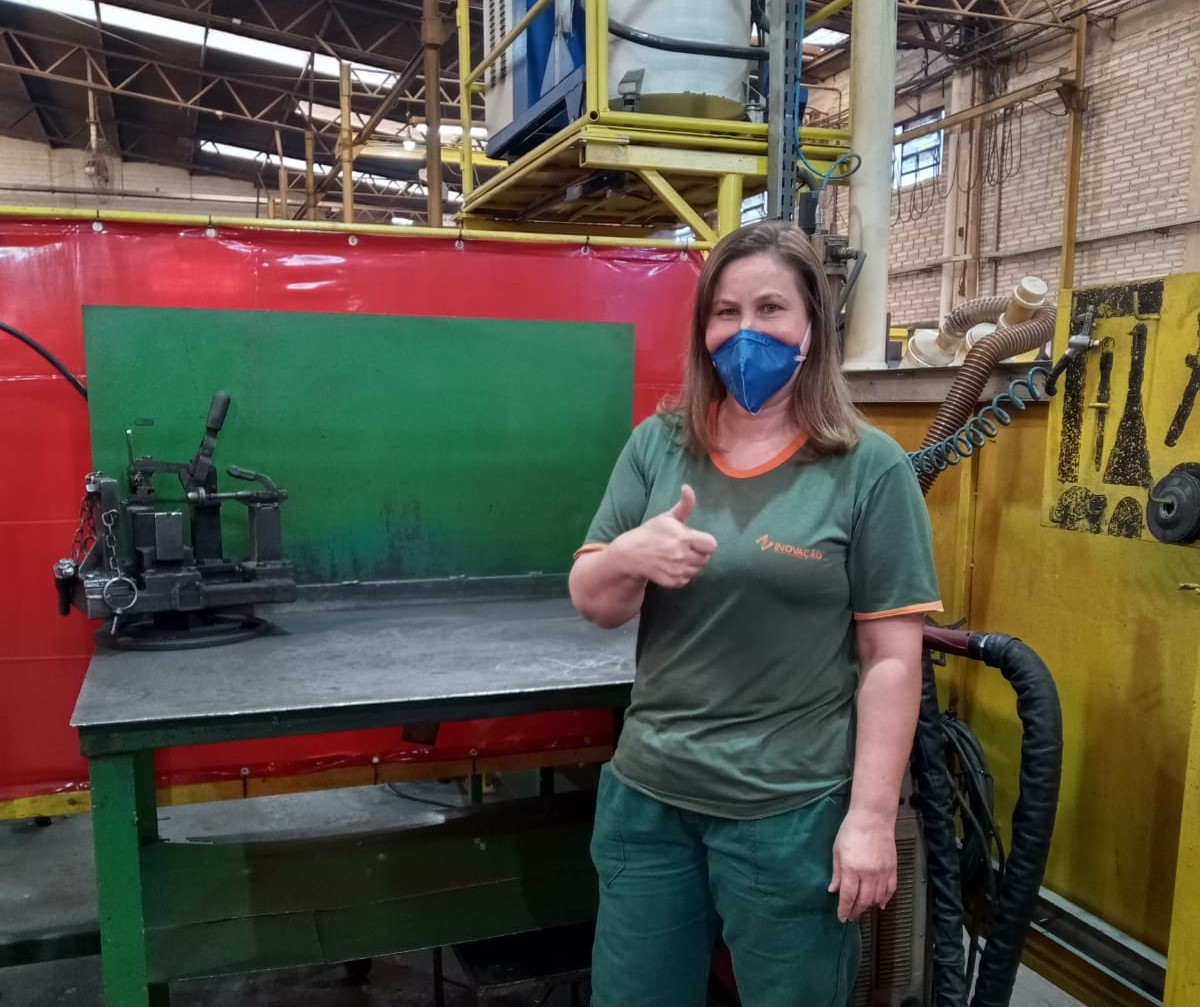 Stara took an important step in its history in 2013. It had a branch installed in the city of Santa Rosa, in the state of Rio Grande do Sul. To expand its manufacturing capacity, it started the construction of its new unit in the same city in 2021. Over the years, employees follow these investments and grow along with the company.

Such is the case of Marlise Bertolo, who started working at Stara three months after the unit was open. She is from Campina das Missões/RS and moved to Santa Rosa to find new job opportunities. When she was taking the Welding course, she received an offer to work at Stara.

Marlise has been working for eight years as a welder and loves her job. “When I was taking the course, I couldn’t imagine that I would love to weld, as I do today. Since I leave home to do something I love, it’s not hard, it’s not tiring,” says Marlise.

She emphasizes that she feels very proud to work for the company: “Stara is always encouraging us to grow, to be better. Ever since I started working here, I bought a house, a motorcycle and a car. I feel I have grown with Stara”. In addition, Marlise says that her 18-year-old daughter, Dieniffer, participates in the Youth Apprenticeship provided by Stara.

About the new factory opening, Marlise points out that she and her colleagues are looking forward to it. “We are all happy with the construction of the new unit, create more jobs and more growth for the city as well,” she points out.

For Stara, employee satisfaction is one of the greatest rewards.