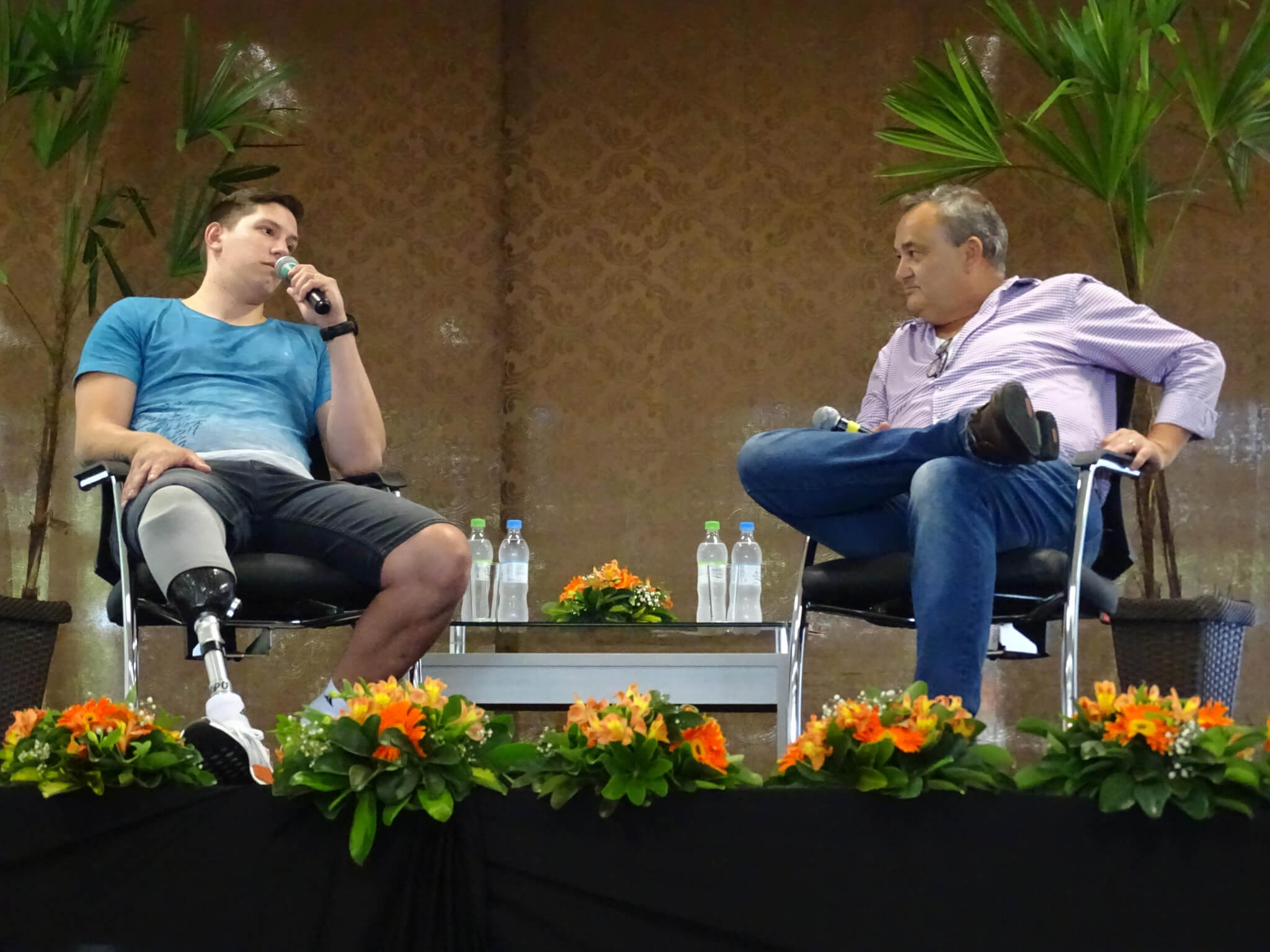 On January 29th, Stara brought a special guest during the 9th Convention of Dealers Stara: Jakson Follmann, goalkeeper of Chapecoense and a survivor of the plane crash of November 29th 2016.

Follmann, who was born in Alecrim, a town in the countryside of Rio Grande do Sul, told his history in soccer and how his recovery was after the accident. Passionate about soccer since he was a kid, he started his career at the youth academy of Grêmio. As a professional player, he played at Grêmio, Juventude, Linense and URT before being hired by Chapecoense in May 2016, and he also played in the under-20 Brazilian squad.

In 2016 Chapecoense was having a great performance in Copa Sul-Americana, getting the caring of the Brazilian supporters. But in the morning of November 29th something serious happened and changed his life and the lives of many other people, overcoming the sport borders and touching the world. Jakson Follmann, or simply Follmann, is one of the 6 survivors of the fateful accident with the flight 2933 of LaMia when 71 people lost their lives.

Now, Follmann is going in new directions. He is a commentator, ambassador of Chapecoense, and he shows his experience and message of optimism for people around him. During the days in the hospital, in Colombia and in Brazil, several surgeries and physiotherapy sessions, Follmann always had the support and caring of his family, which, with a smile on their faces, were one more boost for his recovery.

Besides telling about the accident and his recovery, Follmann talked about the attention that the friendships deserve and about family appreciation, the importance of facing life as a daily miracle, valuing the people and the good moments.

Follmann had a smile on his face during all the time he was at Stara, transmitting the optimism and love of life to all the attendees of the talk show.