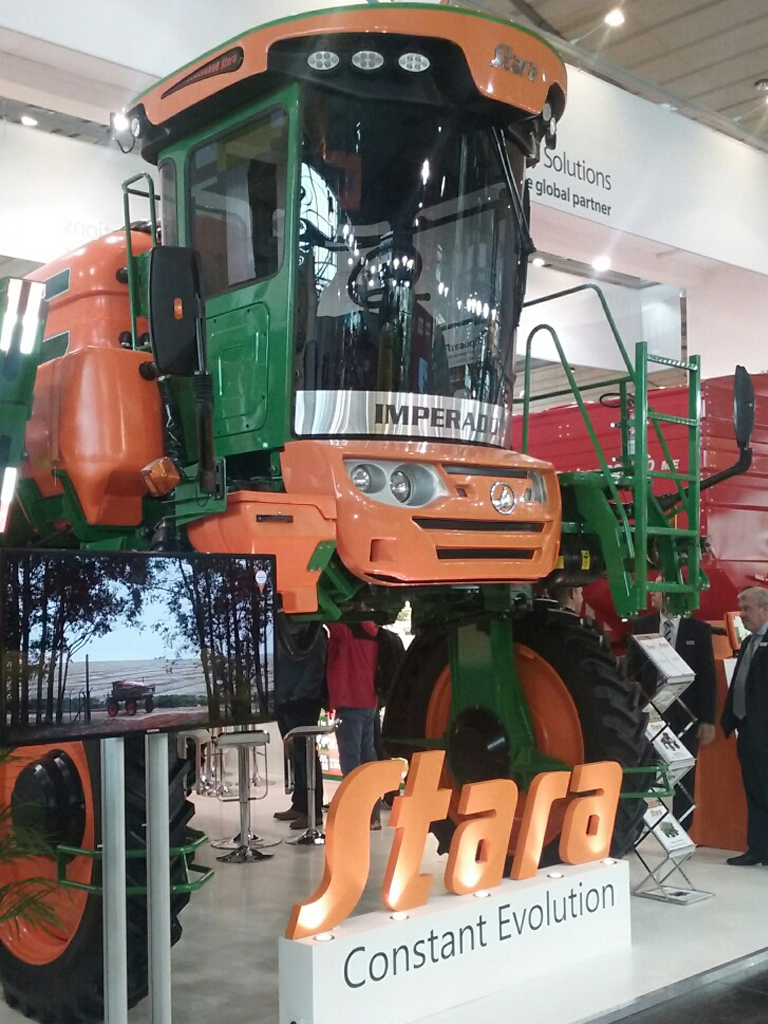 From November 10th to 14th, the city of Hannover in Germany receives the most important industries of agricultural technology of the world for Agritechnica, a fair that brings together about 3,000 exhibitors coming from 50 countries in this year. Stara is one of the six companies representing Brazil at the fair, displaying their products and technologies to 500,000 visitors expected in the five days.

Exporting to 35 countries, Stara takes technology to farmers of 5 continents. “The presence of Stara at Agritechnica after several editions becomes almost mandatory. Today we a lot of companies resell our products around the world, especially in Eastern Europe. We received many customers and dealers at the fair and even made partnerships with new resellers in Ukraine and Russia. The balance of the fair has been spectacular”, says the commercial director of Stara, Márcio Fülber.

At Agritechnica, the company highlights are the self-propelled sprayer Imperador 3100, the controller Topper 5500 and Telemetria Stara. “The number of exhibitors is very large and it is clear that we need to differentiate ourselves in two aspects: Ability to deliver technological innovation and the ability to maintain technical support and provide parts for exportation. The first thing we brought with the Telemetria Stara, the Topper 5500 and the Imperador 3100. A few companies in the world have telemetry technology and we are competing on equal terms. In support issue and parts are aligned with our resellers and their presence at the show reinforces this”, said Márcio.

The Imperador is the first self-propelled sprayer with central booms, with patent in over 20 countries, and the Telemetria Stara is the first telemetry system developed in Brazil.