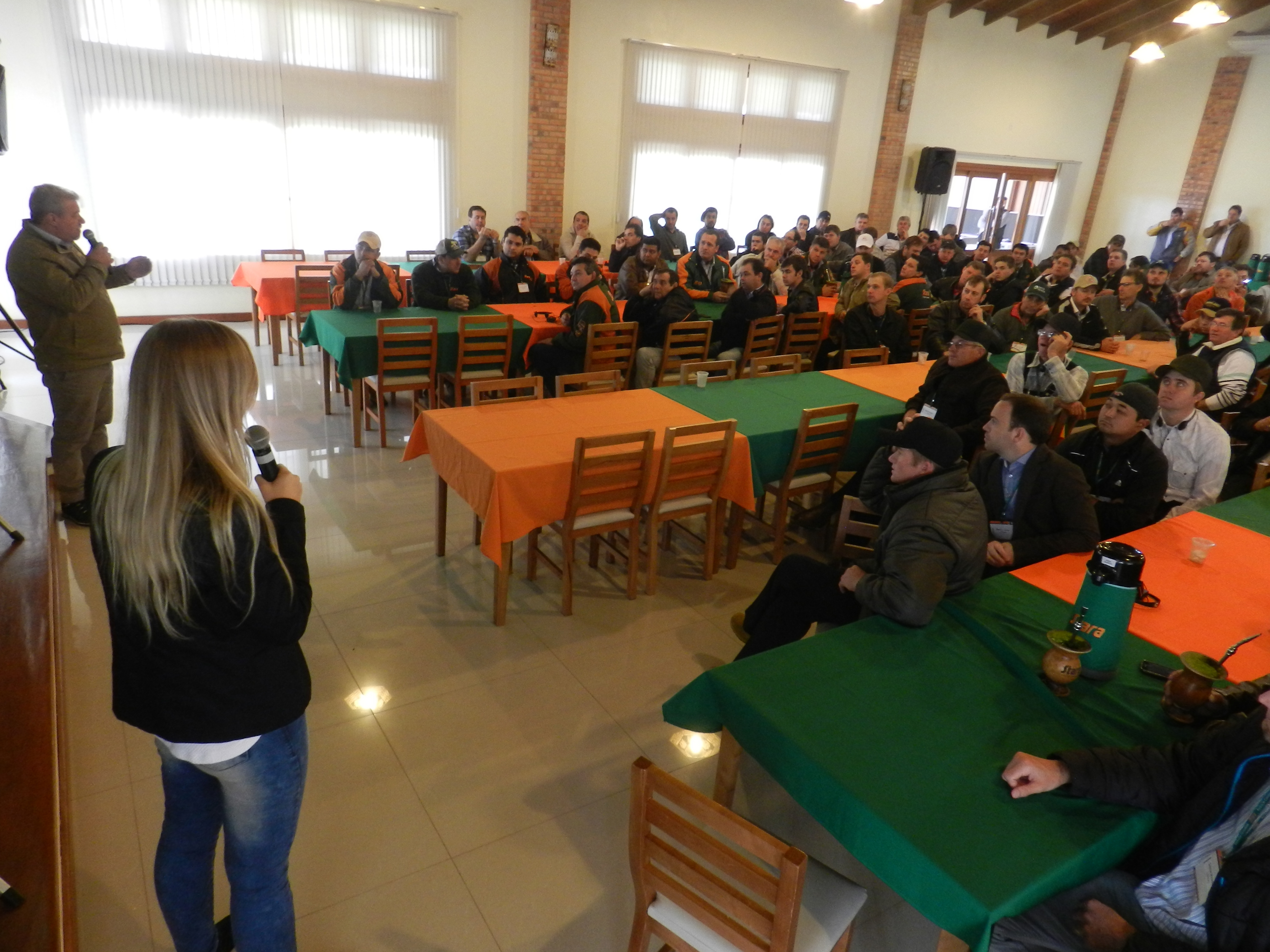 On July 29, Stara prepared itself for a special day for a group of farmers from Bolivia, Paraguay and Uruguay. The group, around 110 people, started the visit on Stara by the branch office in Carazinho.

By afternoon, the farmers participate of a presentation of machines and a lecture about management for high yields, with the agronomist engineer and commercial representative from Stara, Ricardo Dellamea.

The event was perform specially for the farmers of neighbor countries, with all the presentations in Spanish. On this day, a group of technicians from Ukraine also visited the company.

On night, the farmers participated of a fraternization that included a group of technicians from dealers that performed trainings on the company, being possible to share knowledge, besides having fun by the entertainment from the Stara’s Band.