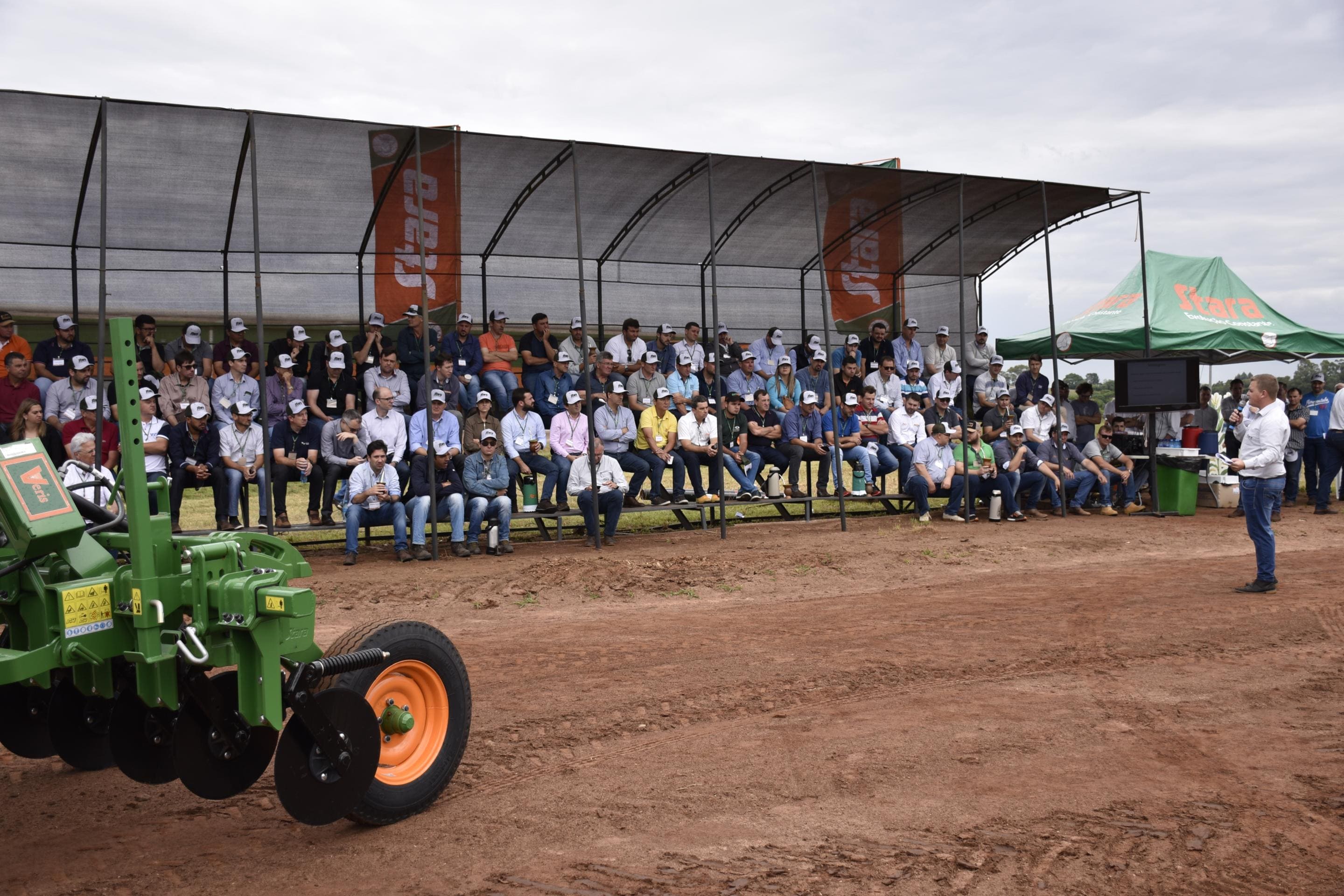 On November 28th, Stara gathered in Não-Me-Toque, Rio Grande do Sul, a group of about 200 people formed by service providers, researchers, Precision Farming coordinators from large producing groups and cooperatives from several states of Brazil and Colombia with the purpose of integrating and exchanging information among various segments of the agribusiness sector.

In the morning, the visitors got to know the history of Stara and could see, through dynamics, the line of Stara machinery and equipment, such as the precise planting line, the fertilizer distribution line, Precision Farming tools such as Veris and N-Sensor®. They also got to know Imperador 3.0, the unique in the world with three functions: sprayer, spreader and pneumatic seeder, with Ponte Verde system as a solution at the cover crop seeding.

In the afternoon, the visitors saw Stara factory and attended lectures with the topics: “Aquarius Project – 18 years adding to Precision Farming in Brazil”, with professor Telmo Amado, “The use of electrical conductivity on the soil at the operating area of Fundação ABC”, with Fabrício Povh. Next, the attendees could have the perception of farmer Rogério Pacheco concerning the cover crops management. Concluding the series of lectures, researcher João Dantas spoke about “Soil system: current challenges for high productivities”.

“The event was very positive, because it enabled the approach with professionals that work in agronomy and technology, enhancing the brand Stara even more in the field. I congratulate the company for the receptivity and simplicity during the event, bringing us closer and closer to Stara family”, says Gustavo Blom Pippi from Santo Ângelo, Rio Grande do Sul.

According to Stara Product Marketing coordinator, Jonas Reis, “The event exceeded the expectations because of the high technical level of the audience, and we showed the concern of Stara with offering solutions to really increase productivity in global agriculture”, claims Jonas. At the end of the event, a traditional barbecue with ribs was served to the visitors who could socialize with the directors and the technical team of Stara.