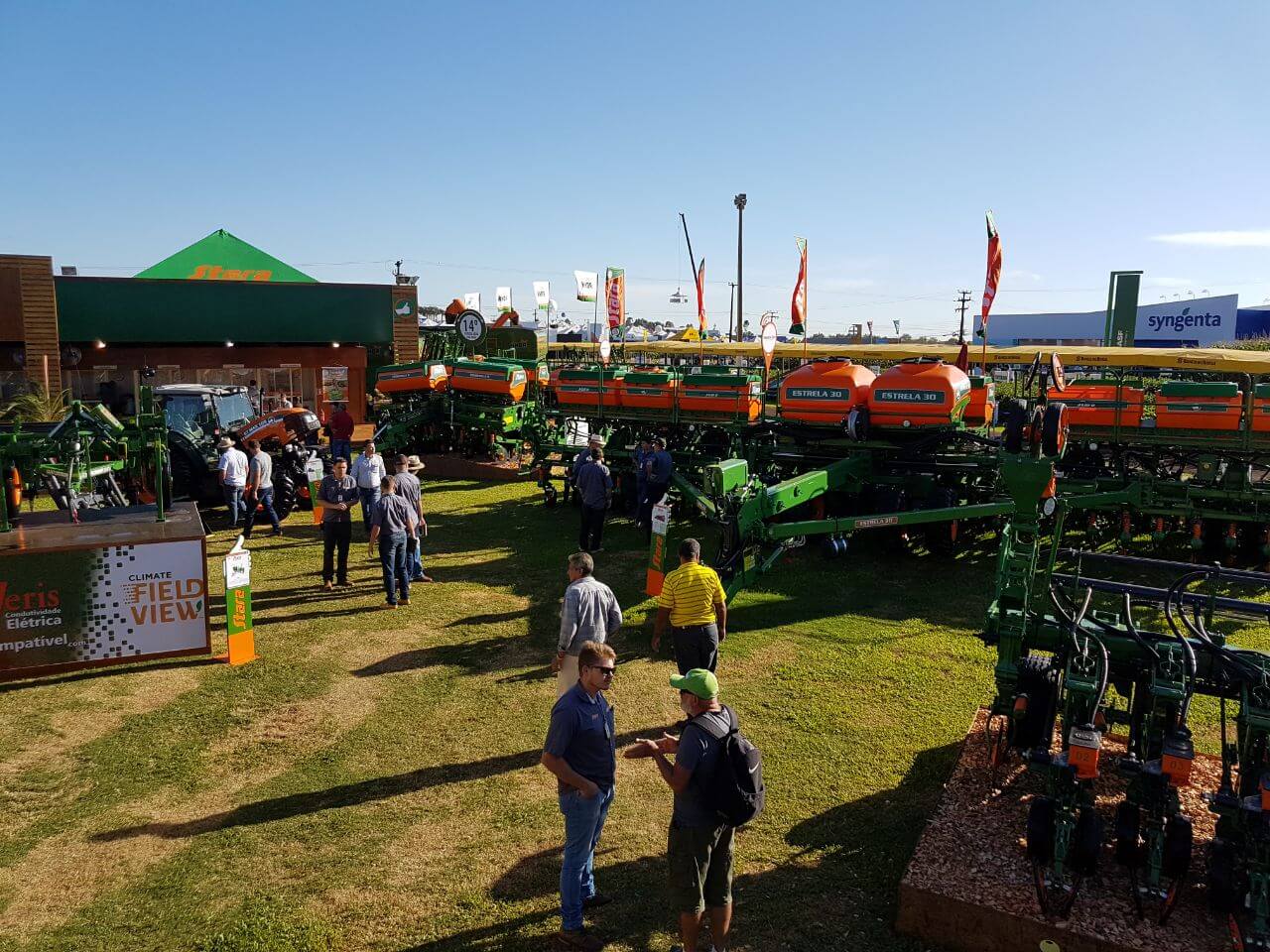 From February 5th to 9th, Stara takes part in Show Rural Coopavel, the main agricultural fair from Paraná, held in Cascavel. During the fair, Stara presents two important new features to the farmers who visit the stand of the company: the new Absoluta and Consórcio Stara.

Stara releases other three models of the planter, Absoluta 34 – 32, Absoluta 32 – 30 and Absoluta 28 – 26. They follow the same end-to-end precise planting concept, now reaching a higher number of farmers. The Absolutas are pneumatic planters developed to offer agility and efficiency in planting where fertilization of the field occurs in a different operation. Absoluta has a factory-made technological pack, with Topper 5500, Telemetria Stara and Row by Row Shutoff System.

Another new feature is Consórcio Stara, a feature that enables the planned acquisition of any product of Stara line, with the advantages that the consorcio system (a group of persons joined together for the acquisition of durable goods through drawings) provides, such as the payment in installments without interest. It is estimated that in the next 10 years, the product bought from a consorcio will represent more than 10% of Stara revenue. Through the new Consórcio Stara, the agribusiness professional or company can purchase agricultural machinery of Stara line, such as sprayers, planters, spreaders, tractors, corn headers and technology equipment of Stara related to precision farming by means of the consorcio system in plans from 60 to 100 monthly installments. For each credit range, groups will be established, whose credits will be provided through raffles or through bids. Consórcio Stara is a partnership with Embracon, a company with 30 years of experience in the consorcio market.

In addition, Stara increases its compatibility with the system Climate FielView. From now on, all Stara planting line is compatible with the system, through the controllers Topper 4500 and 5500, besides Veris, electrical conductivity meter to read the soil that has been compatible since 2017.

During the fair, Stara shows all of its agricultural machinery line with its own technology and it has its dealer network to serve the visitors from all regions in a personalized way.