Stara presents its technologies to the world at Agritechnica 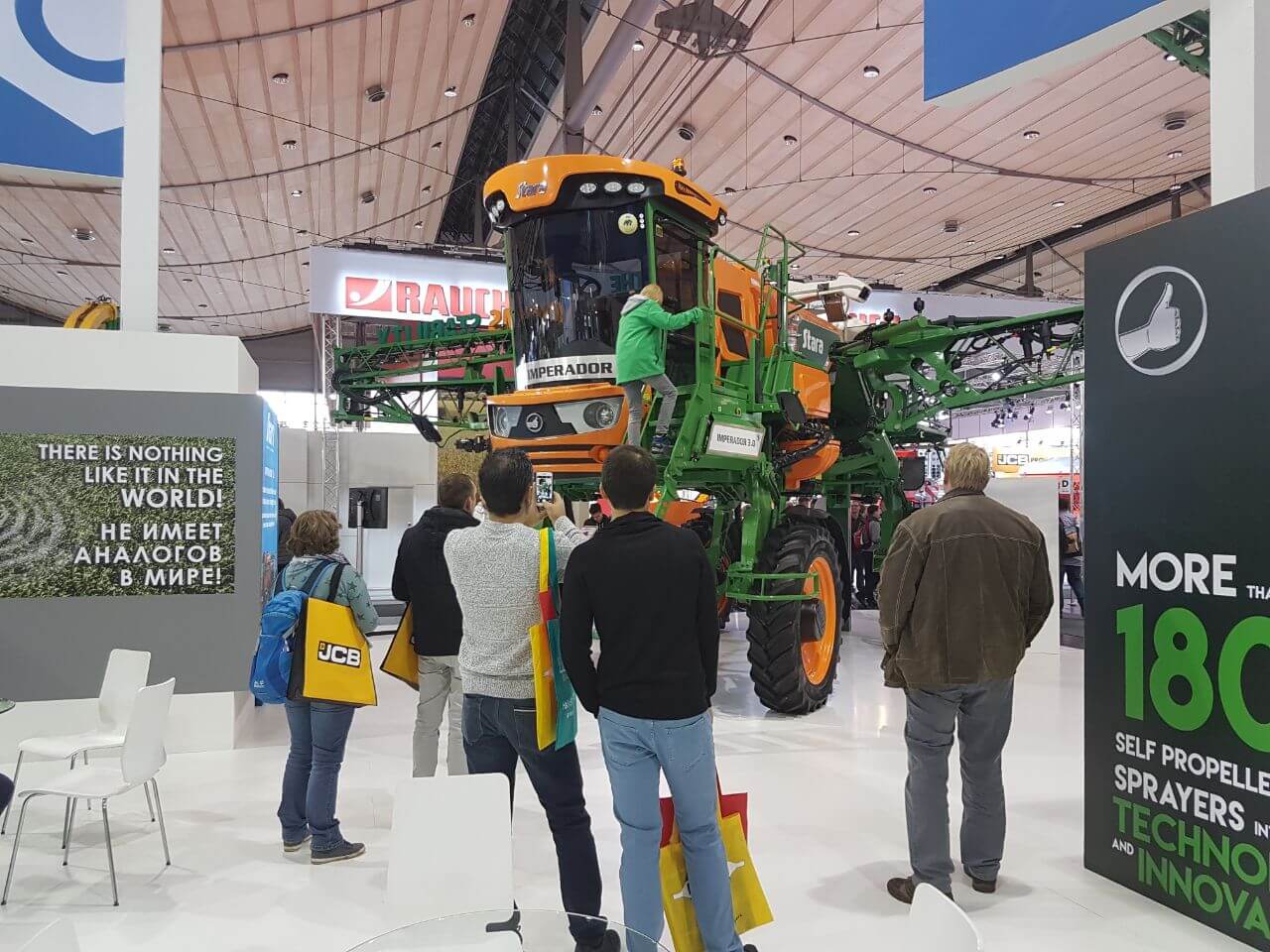 From November 12th to 18th, Stara presents its technologies to the world during Agritechnica 2017, the largest agricultural machinery fair, held in Hanover, Germany.

During the fair, Stara presents Imperador 3.0, which is a self-propelled machine that joins a sprayer with central booms and a spreader, being able to perform both operations with the same machine in different times. Imperador 3.0 has the Up and Down system, which increases the ground clearance in 40 centimeters, that is, from 1.43m to 1.83m. This way, the farmer can perform the fractionate and late application of nitrogen on corn and the control of pests at the pre and post bolting of the culture.

Besides Imperador 3.0, Stara presents its technologies for Precision Agriculture, such as Topper 5500 controller and Stara Telemetry, which provide real-time information about Stara machinery and the work performed, providing it on mobile devices with Internet access.

Another project shown is its case of technological innovation focused in Precision Agriculture, which, by using the IoT (Internet of Things) technology, it is possible to interconnect the information from the agricultural machinery, through Stara Telemetry, to the management systems of farms in real time. This co-innovation project has been developed in a partnership with SAP, a German company that is a worldwide leader in the systems development market.

For the people who are into virtual games, Stara takes to Agritechnica a preview of the new Farming Simulator game, where, for the first time, players have machinery of a South American company. There are 8 machines of Stara which players can use in the virtual crops of the game.

Stara exports to 35 countries, throughout the 5 continents, and the fair is an important moment for relationships with its clients and dealers. This is the 8th time the company attends Agritechnica.