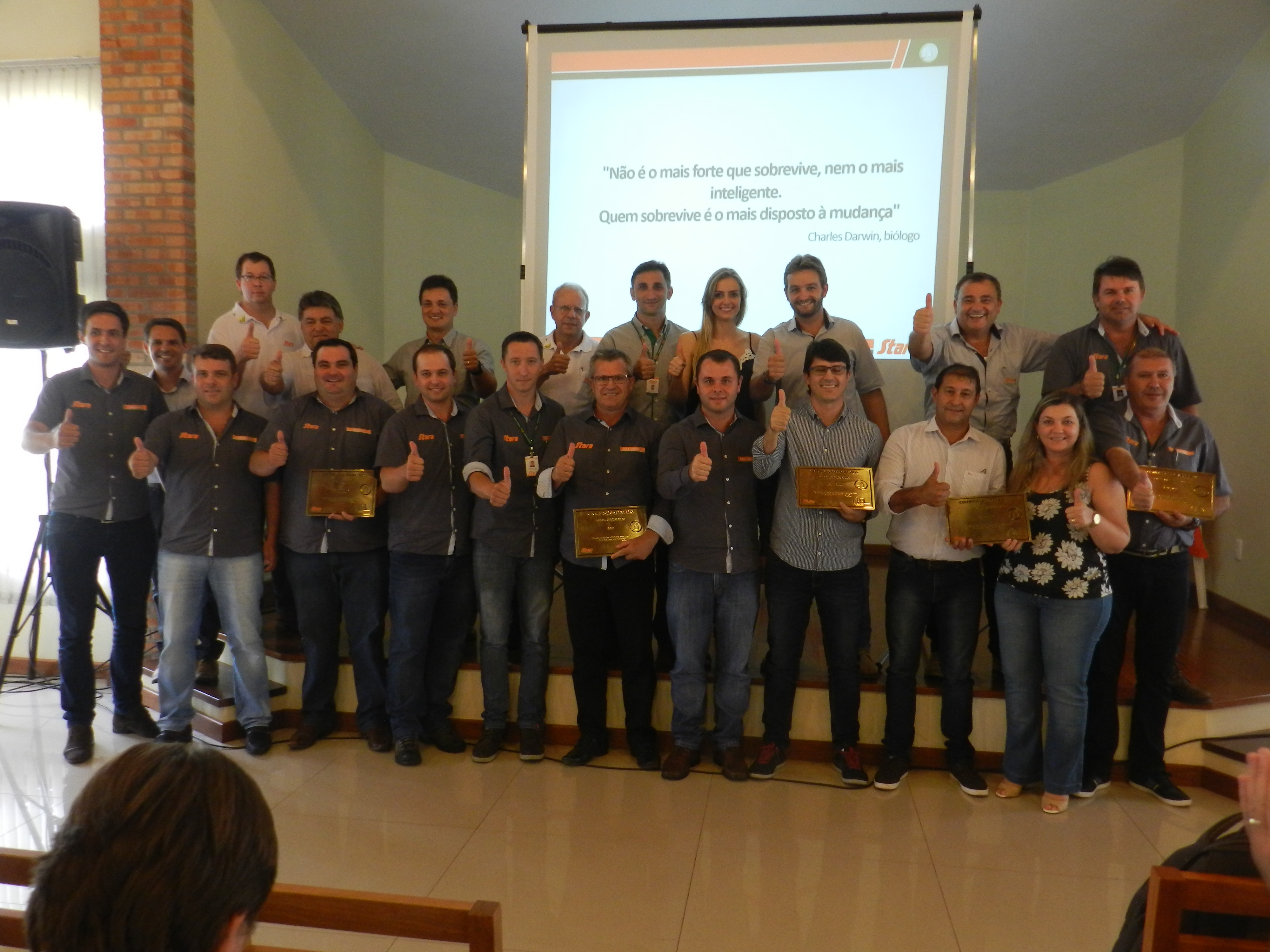 On February 24th, Stara held its 7th Dealers Convention. 61 dealerships attended the meeting (58 from Brazil, 2 from Paraguay and 1 from Bolivia) to know the results of Stara Management Program (Programa de Gestão Stara) and the launches for 2016.

The activities began with the presentation of Stara Management Program. Then the participants met the classification of the dealers for the year 2015. Last year, 5 dealerships reached the Gold rating, 22 the Silver rating and 29 the Bronze rating. “In 2015 we had a better result than in 2014 when we had only 1 Gold rating and 7 Silver rating dealership. The good results are a reflection of the maturity of our network that has sought the professionalization of processes and management”, said Cristiano Bettio, Network Development Department manager.

The dealerships classified as Gold in 2015 were:

Agriterra, from the city of Lucas do Rio Verde, state of Mato Grosso, which was the only one that achieved the Gold rating in 2014;

Agritama, from the city of Sorriso, state of Mato Grosso;

Rota Agrícola, from the city of Tapejara, state of Rio Grande do Sul, the first dealership to achieve this classification;

Rolatrek, form the city of Castro, state of Paraná;

Menegazzo, from the city of Santo Augusto, state of Rio Grande do Sul, the dealership that in its first year of concession has achieved the rate of Gold.

Fernando Menegazzo, Menegazzo’s director said that winning the Gold rating is result of the dedication and commitment of the entire team. “It was a very big challenge for our company and our entire team of employees. This classification was very rewarding for all of us, it is the culmination of a whole year’s work, is what makes us believe that we are on the right way. We have a young team that works together. We seek to evolve and better serve our customers, and we work to them and through them we reach our goals”, said Fernando.

During the afternoon, everybody participated in the launch of the 2016 Stara line, with presentation of the differentials of the machines and test drive. At night they had dinner together.