Stara celebrates its 55th anniversary at the Expointer opening 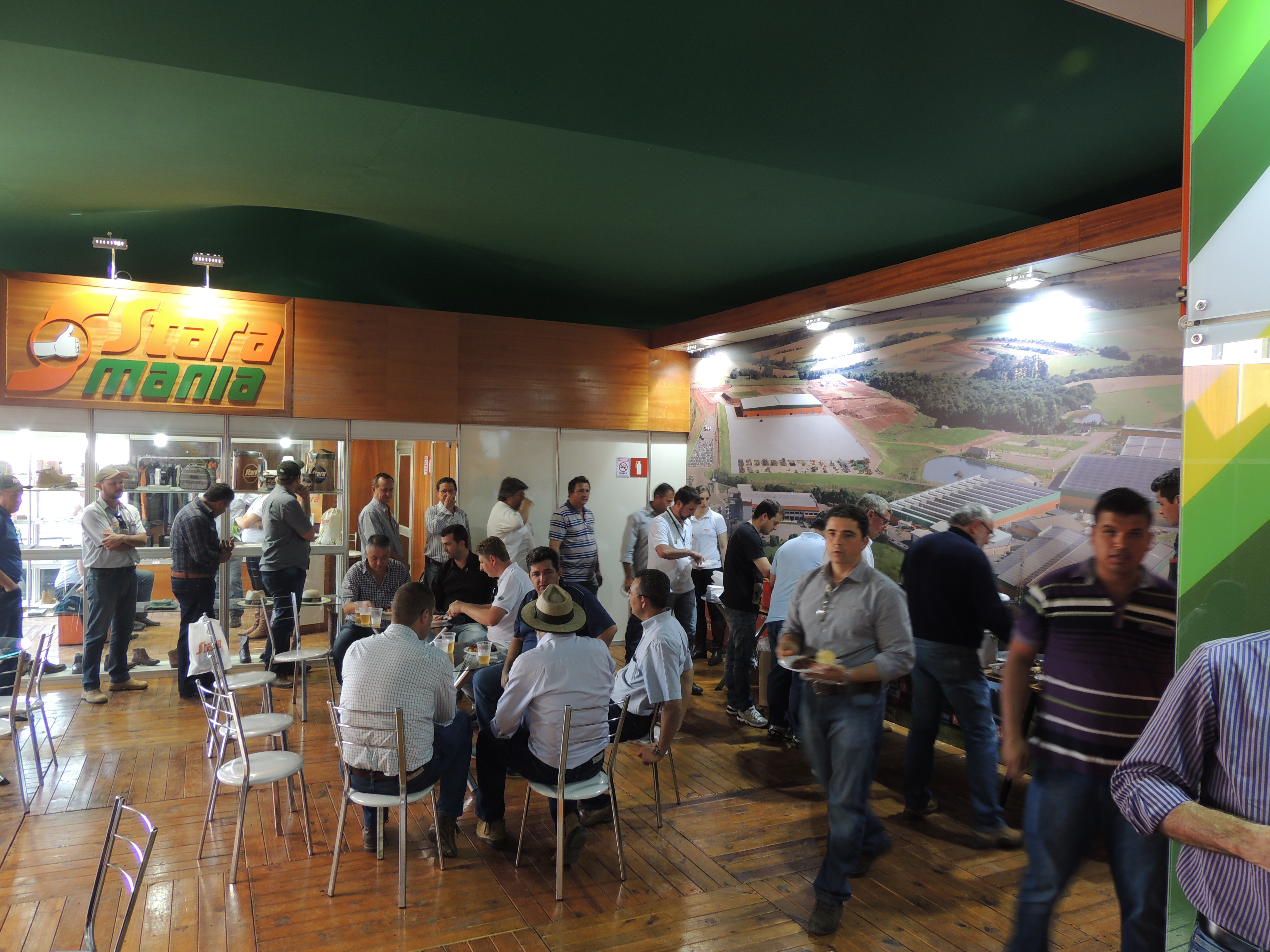 The Expointer 2015 fair began on August 29th, the same day when Stara celebrates its 55th anniversary, with a history of success and innovation. For celebrating this date, Stara met customers at the stand to a festive lunch.
On the stand, at the fair, Stara presents its line of agricultural machinery. The 2015 highlights are the planter Estrela, the tractor ST MAX 180, the spreader Hércules 15000, the antenna Evolution RTK and the Telemetria Stara. Furthermore, during the fair that lasts up to September 6th, Stara prepared a big gift to the rice farmer. Visit the stand of Stara at Expointer and meet this novelty!