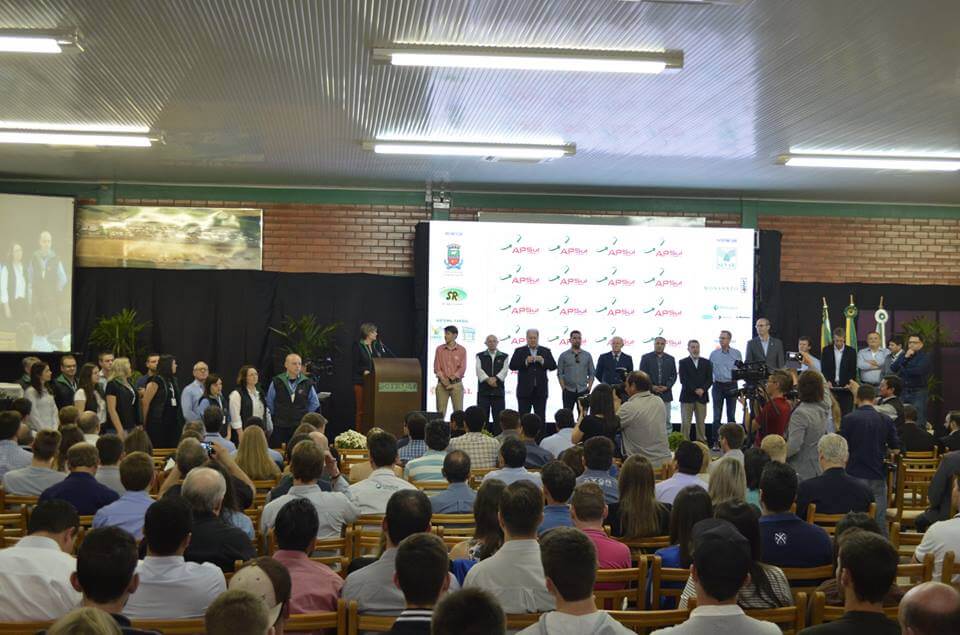 On September 26th and 27th, Stara attended the IV South American Congress­ on Precision Agriculture and Precision Machinery, APSul America, held in Não-Me-Toque, Rio Grande do Sul. With the topic “Digital Agriculture: Innovation for efficiency, preservation and productivity”, the congress gathered about 700 people and debated the future of agriculture through technology.

The event offered lectures, panels and minicourses. Stara had direct participation at the panel “Precision Machinery: what can they do for your crop?”, when commercial director of Stara, Márcio Fülber, presented the path Stara has been taking regarding embedded technology on its machinery and the revolution of precision machinery. The lecture “Digital Agriculture”, p­resented by Dr. Michael Dietz, of SAP Germany, was translated by Research and Development director of Stara, Cris­tiano Buss. Another moment with participation of Stara was at the minicourse “Internet of Things”, given by doctor Michel Dietz and Cristiano Bus­s, with the attendance of 50 people.

In its stand, Stara presented some of its technologies to the attendees, such as the Row Shutoff system and Stara Telemetry.