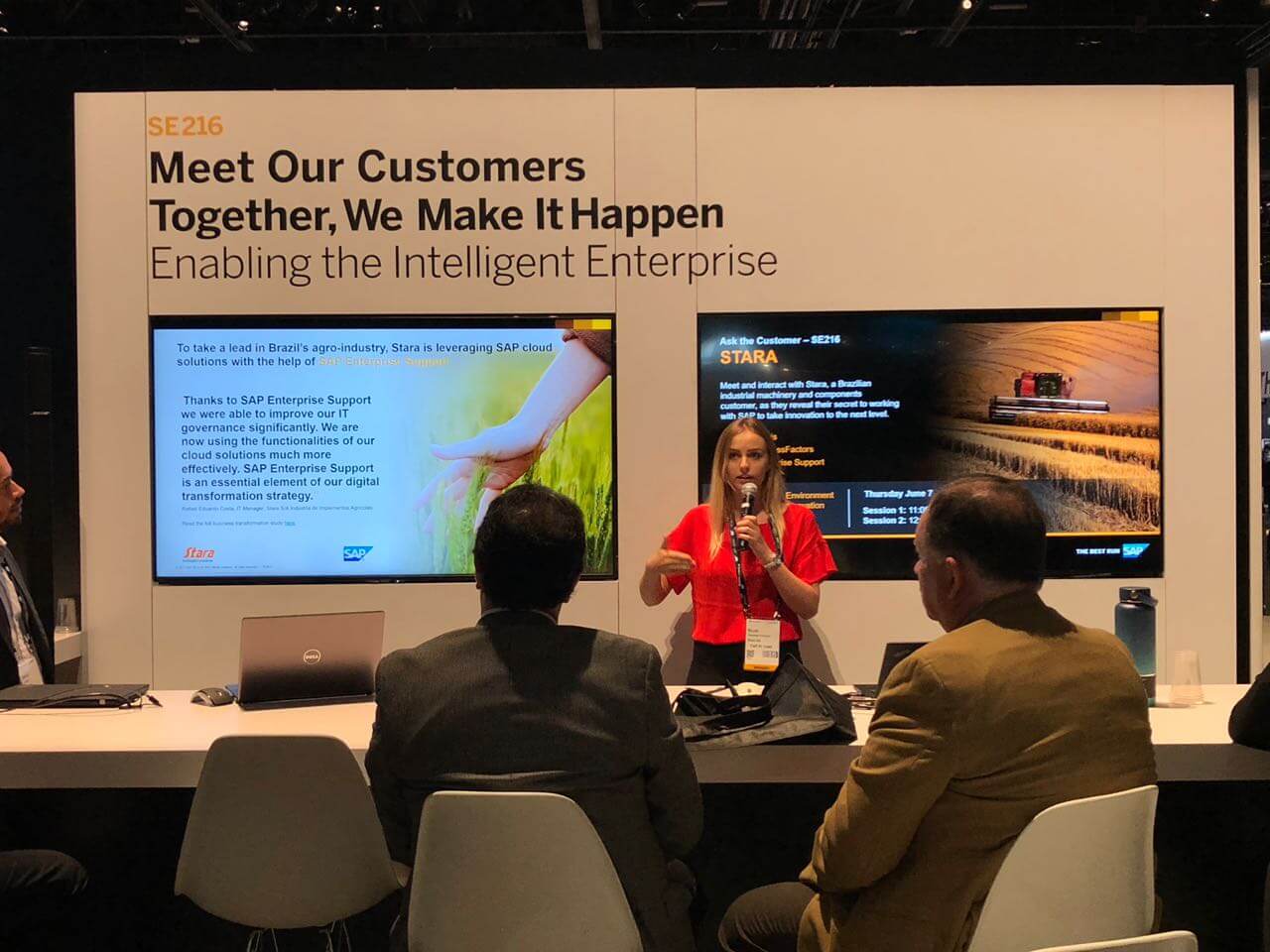 On June 7th, Stara had an important participation during SAPHIRE NOW, the main event of SAP, held in Orlando, United States, from June 5th to 7th.

In the event, Stara presented its projects together with SAP, highlighting the innovation present in the company’s DNA. Nicole Stapelbroek Trennepohl, a member of the executive board and a representative of the fourth generation of the family in the company direction, was present in important moments of the event. “In the morning, there were two sessions of Ask the Customer, when Mateus Lemes (responsible for SAP support at Stara) and I presented Stara and explained to the attendees about the implementation of SAP and the importance of using SAP Enterprise Support Services. We gave some practical examples of improvements, what impressed the audience with the data we shared”, claims Nicole.

The main presentation with participation of Stara took place in the afternoon, when Nicole went to the stage Theater Session to present Stara and its innovation background to the big audience. “In this presentation, I told the history of Stara regarding technological innovation, Precision Farming, IoT and Connag (SAP platform that uses connected agriculture concepts). At the end I emphasized the challenge we have ahead with the growing population in the world who needs more food”, she comments.

Stara has a key role in the event since it develops projects of co-innovation with SAP, and Stara is one of the 100 pioneer companies to put into practice the Internet of Things and the first one in the agribusiness. “This event is spectacular. It had lectures of personalities such as Barack Obama and Bon Jovi. I have been proud of representing Stara, bringing innovations from Não-Me-Toque to one of the greatest events of technology in the world”, concludes Nicole.

SAPHIRE gathers companies from around the world to get to know the innovations of SAP , a German company and global leader in the systems development market.