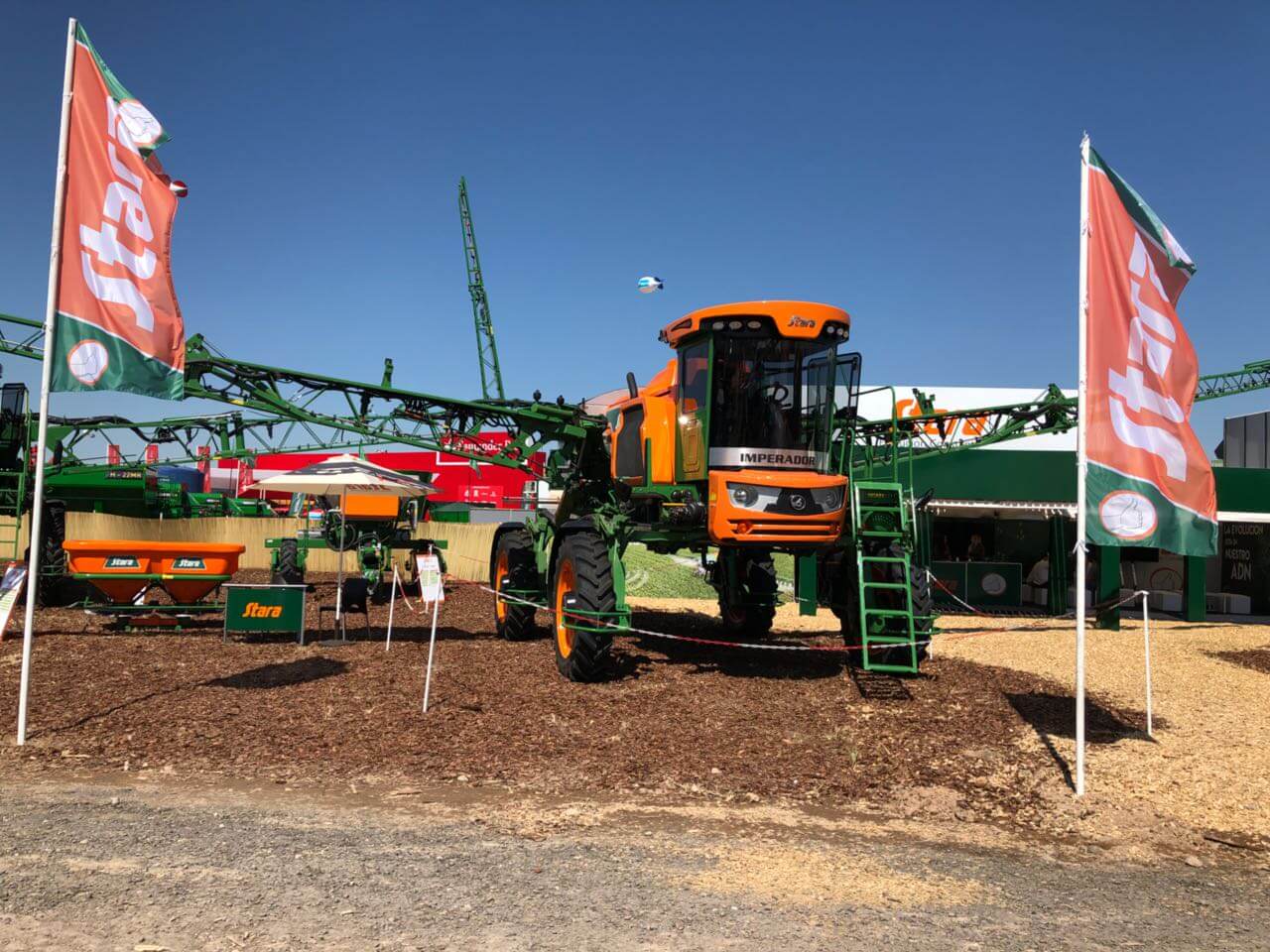 From March 12th to 16th, Stara is attending Expoagro, the most important agro-industrial fair in Argentina. At the fair, held in San Nicolás, Stara presented its self-propelled sprayer Imperador 3100 AR and Imperador 3.0 AR, the only self-propelled machine with two functions at the same machine, that is, it can perform either spraying or spreading. Also, the self-propelled sprayer Hércules 6.0 was presented.
In its stand at the fair, Stara hopes to receive a great number of farmers who are interested in getting to know Stara products and their technology. Stara team, from the Brazilian headquarters and from the Argentinian branch, as well as from Agrocarbono, which is the company that represents the brand in the country, are there to welcome the farmers and visitors.
Stara wants to increase its market share in the Argentinian market and, in the second semester of 2018, it is going to open its manufacturing unit in Rosario, province of Santa Fe.