Releases of Stara are highlight of Bahia Farm Show 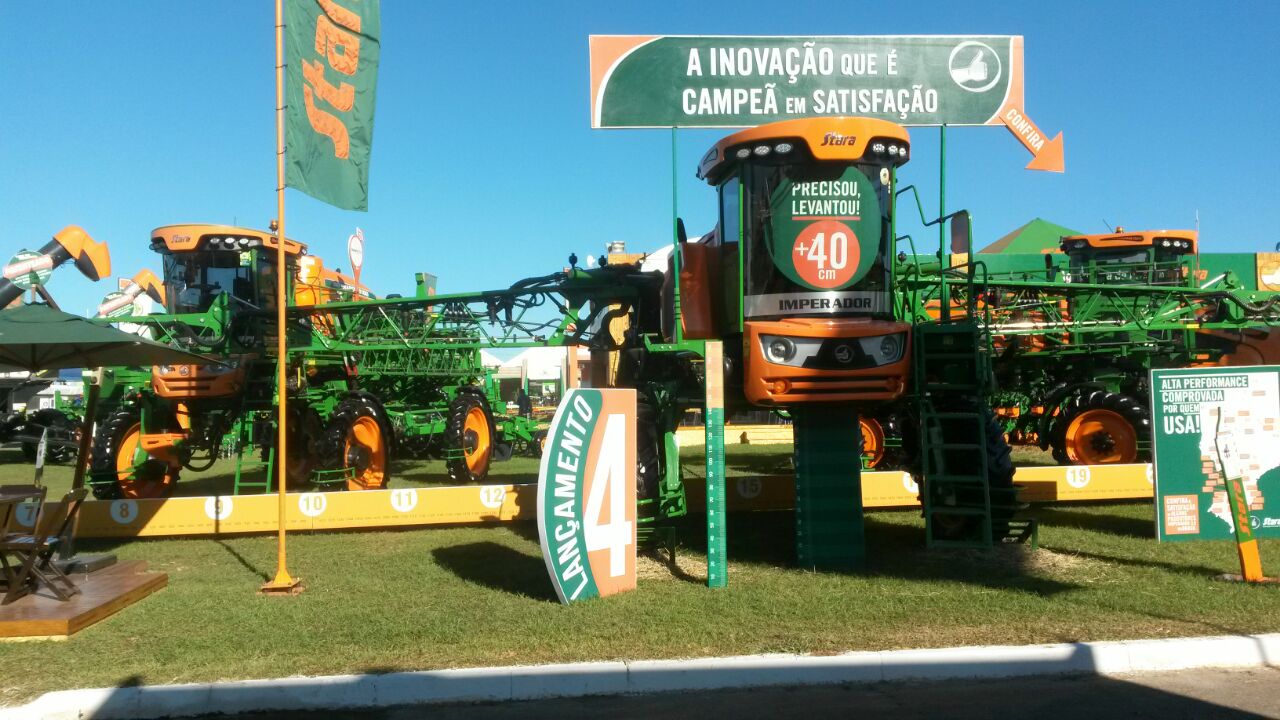 The Bahia Farm Show, that happens from May 30th to June 3rd in Luís Eduardo Magalhães, in Bahia, is the main fair of the Brazilian north and northeast and gathers the main releases in agricultural machines and technologies.
In the fair, Stara show its 8 releases in 2017. The release number 1 is the new line of Rebokes Ninja that brings great agility to the transportation of grains, available in de models 19000, 24000, 33000 and 40000. The second release is the new line of Rebokes Inox, in the models 15000, 20000, 25000 and 30000, with the largest unload capacity in the market, being a solution to the transportation of grains and fertilizers.

The third release is the Gladiador 2300, self-propelled sprayer with huge tradition and that emerges with a new version and more modern, tough and efficient. The Up and Down system (which allows that the ground clearance of the self-propelled goes from 1,43m to 1,83m) and the booms with 30 meters are the novelties of the Imperador 3.0, unique self-propelled of the world with dual functions, that is, a sprayer and a spreader in one machine, configuring the forth release.

The fifth release is the mew Telemetria Stara that now have information about the electronic engines of the Stara machines and hourmeter, increasing  the level of information that the engine have in real time over its machines.
The planting line of Stara have reinforcements with the sixth, seventh and eighth releases. The Cinderela, the sixth release, is a planting machine that provides a better planting, resulting in better productivity. It is available in 2 models: Cinderela Top, available with 9 to 15 planting rows, according to the model and configuration, and it also performs the distribution of fertilizers, The seventh release is the Stara Row Shut Off system, which performs the automatic shutting off of the planting rows on the exact moment in which the monitor detects an area where already was planted before. This system can be equipped in the Stara planters with Control system and Topper 5500.
Another release from the planting line is the new Absoluta, a planter machine absolutely efficient in the planting from end-to-end. It was developed to plant in areas where the fertilization happens in separated operations. It is available in 2 models, of 40 or 44 planting rows, with innovative transportation system and excellent soil copying.
Visit the Stara’s booth and meet our releases.