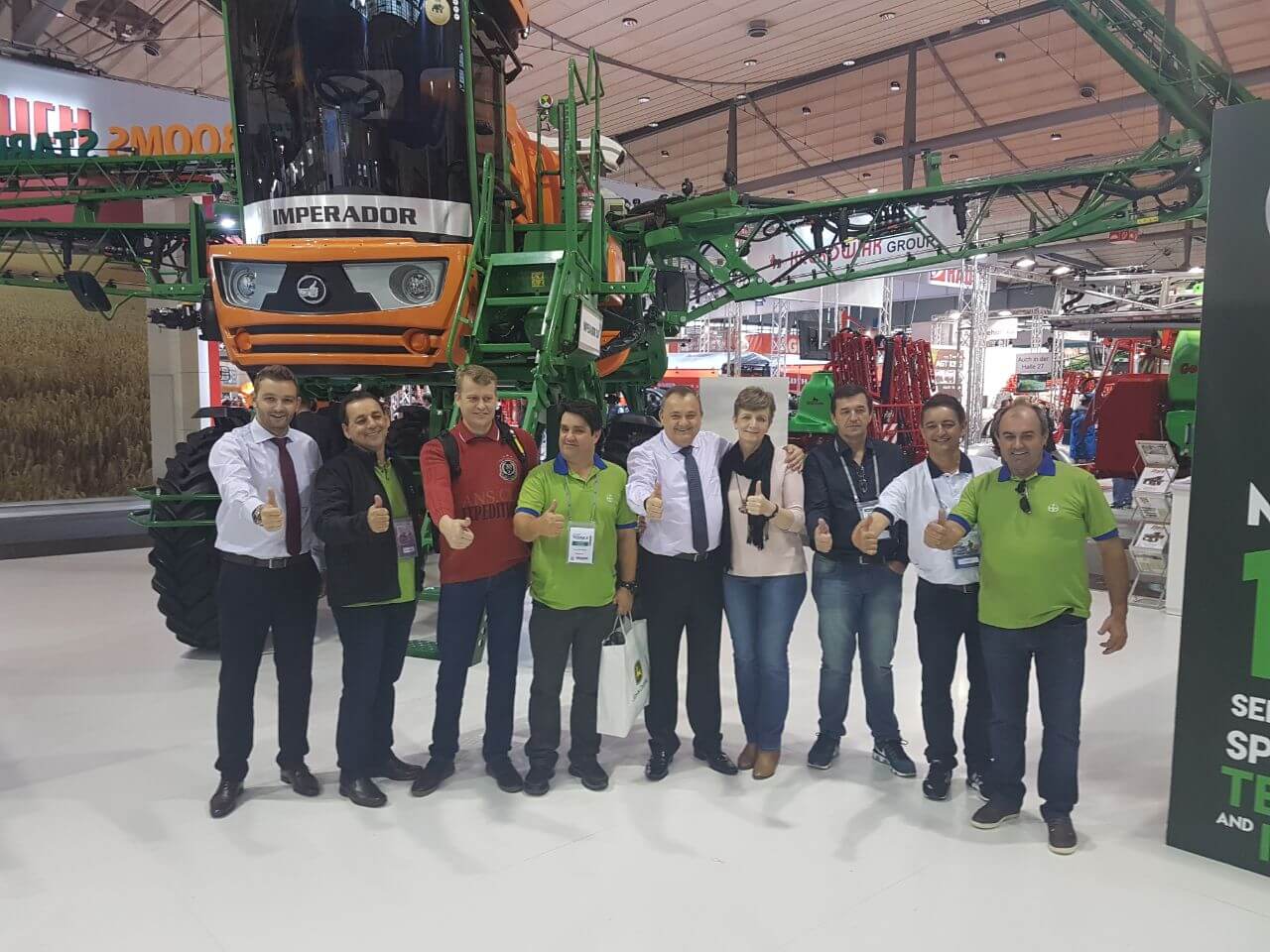 Agritechnica is the main agricultural machinery fair in the world, gathering companies and farmers from all around the world.
In this edition of the fair, Stara presents its innovative products and technologies, drawing the visitors’ attention, such as the self-propelled machine Imperador 3.0, the only one in the world with two functions, sprayer and spreader at the same machine.
During the fair, Stara has been receiving the visit of Brazilian farmers and producers from all around the world. Grupo Scheffer CEO, Elizeu Maggi Scheffer, and his wife, Carolina Mognon Scheffer, were at Stara’s stand, where they were welcomed by its CEO, Gilson Trennepohl, and by the vice-president, Átila Stapelbroek Trennepohl. Stara also received producers from the states of Santa Catarina, such as Sílvio and Luís Carlos Manfroi, from the town of Campos Novos, Worley Xavier, Mário Zoz and Edmar Luckmann, from Duerê, Tocantins, and Mato Grosso. In addition, Stara received a group of farmers from Bolivia and companies that represent Stara around the world.
Agritechnica began on November 12th and goes up to the 18th. It is held in Hanover, Germany, and it is the eighth attendance of Stara in the fair.