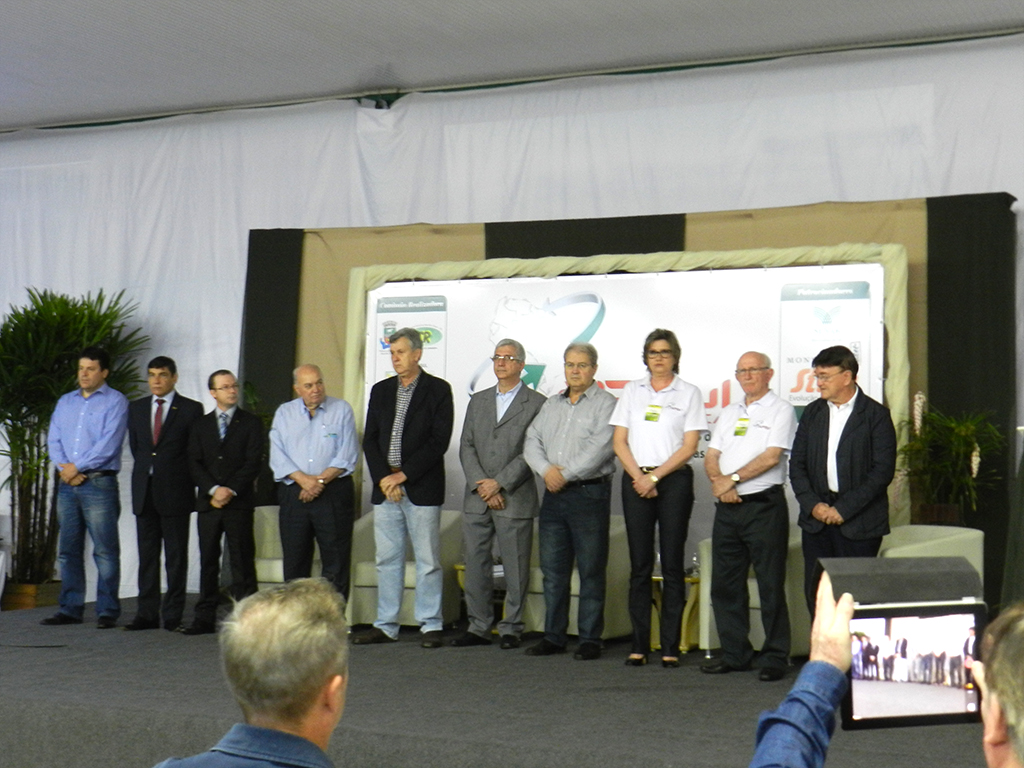 During two days, the city of Não-Me-Toque received important global researchers at the Precision Farming, teachers, students, contractors and farmers to discuss new technologies and the direction of Precision Agriculture, at the 3rd South American Conference on Agriculture Accuracy and Accurate Machines – APSul América.

On 22 September, the opening ceremony and the first discussion was held with Dr. Richard Ferguson of the University of Nebraska, United States, entitled Progress and achievements of Precision Agriculture in North America. Then it was performed the first panel which discussed the challenges for a more competitive agribusiness in an economic crisis scenario. The morning talk show dealt with the Precision Agriculture theme – advances, achievements and future challenges.

During the afternoon a workshop was held with Dr. José Hernandez from the University of Minnesota, United States, on the fertilization inputs to variable rates in the US Midwest. The afternoon lecture was held by José Carlos Carramate on Precision Planting. Then the panel was held with the theme Unlocking the high productivity path in the view of experts.

On June 23, activities began with a lecture of soil fertility management based on Precision Agriculture in the United States, with Dr. José Hernandez. Dr. Evandro Mantovani, from Embrapa Maize and Sorghum, was responsible for the panel that addressed the topic advances and achievements of Precision Agriculture in South America, with emphasis on the Brazilian scene. The second morning panel met Dr. Nahuel Peralta, from the National Council of Scientific Research and Technical of Argentina, and Paul Alba master from Marangatu Precision Farming of Paraguay, addressing the Argentine and Paraguayan scenarios regarding Precision Agriculture.

The afternoon began with a lecture by the president of Veris Technologies, Eric Lund, presenting studies on sensors for assessing soil nutrient in real time and for the definition of management zones. Then producers in the region that use precision agriculture on their farms participated in the panel Unveiling the ways of high productivity in view of champions producers. The next panel discussed the challenges of providing services in Precision Agriculture. The conference’s closing speech brought the subject real-time monitoring of diseases, with Dr. Willingthon Pavan of the University of Passo Fundo and Dr. Mauricio Fernandes, from Embrapa Wheat. Stara is one of the supporters of APSul América, a congress that brought together more than 600 participants in the two days of the congress.